A Community of Creation and Dreams 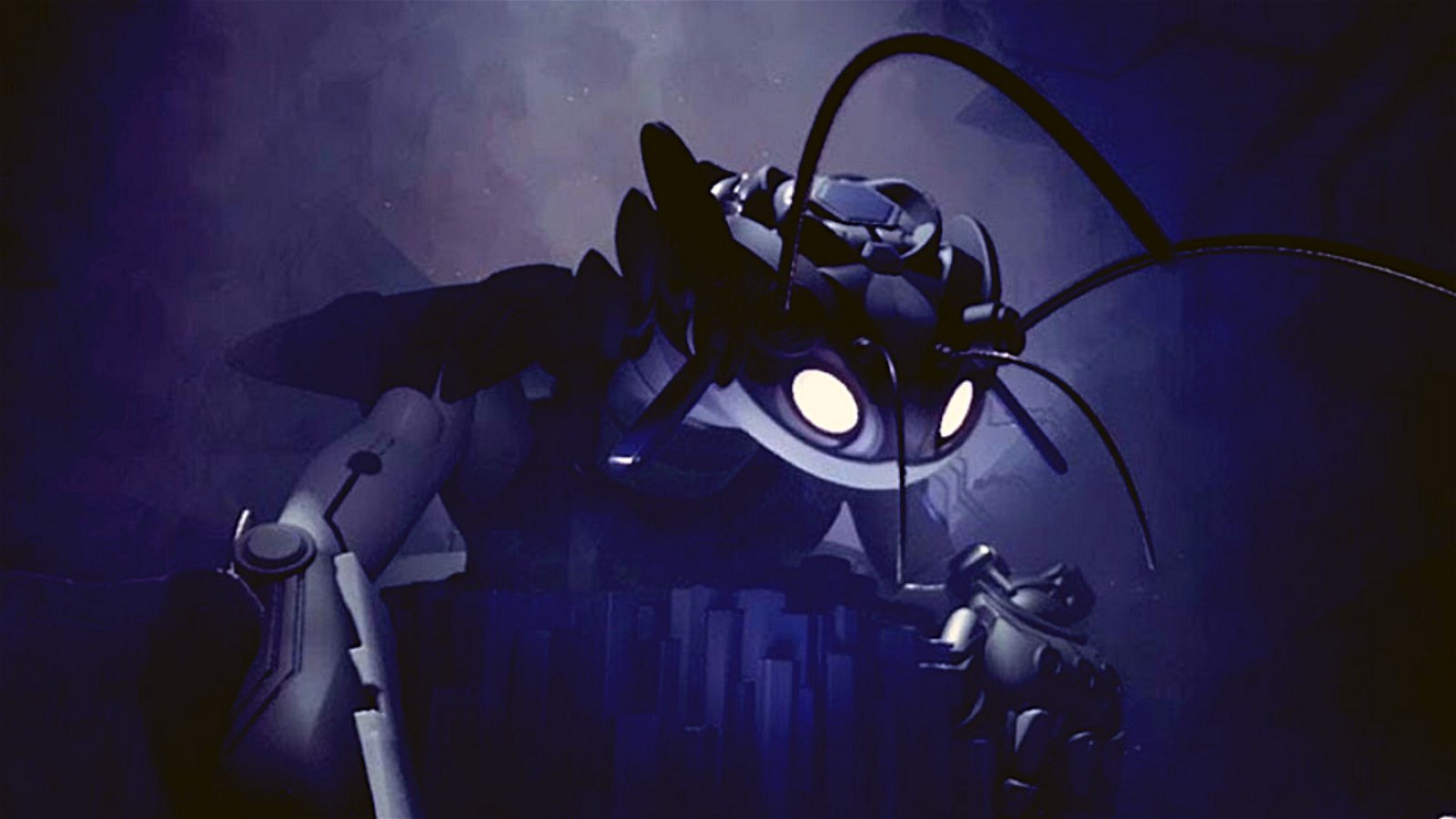 From building new game experiences too making sound effects, Dreams gives the tools so that creators of all styles can jump in and be a part of the community.

Creation and building new worlds has been something people have been doing on computers since the early days of the PC. Now the tools are easier, and the vast world of the internet makes is more exciting than ever to try and make your dream project. Dreams takes this to a new level, giving a staggering amount of power to creators were all they need is a PlayStation 4, a copy of the game and an idea they want to build.

Everything is possible with Dreams, and now that it is out for people to try, they have built some amazing ideas, but sitting at the core of this game is the community; a group of people who love building and inviting new voices to jump in and try their hands and constructing. From building new game experiences too making sound effects, Dreams gives the tools so that creators of all styles can jump in and be a part of the community.

Before Dreams launched, CGMagazine sat down with Alex Evans and Tom Dent from Media Molecule and this new game. From creation to the community, the team from Media Molecule has shown a genuine excitement for the game, the people playing it, and the potential future of the platform as more creators get their hands on it.

CGMagazine: I would love to jump in and discuss how Dreams has evolved up to this point?

Alex Evans: I think the main message we want to get across is that the early access days of Dreams have gone really well. We just wanted people to be aware that Dreams has a constantly growing creative community, and it’s actually also really fun to play. Effectively, like you don’t have to be a YouTuber to enjoy YouTube, you don’t necessarily have to create to enjoy Dreams. Really the takeaway here is that Dreams is this evolving, creative platform, and we’ve been putting out constant new content, both in terms of things to create with, and then also in terms of new features in the game, small things but it means that the community is growing, and the creations that you, therefore, get to enjoy are ever-improving and getting better and bigger.

CGMagazine: I would be interested in hearing how creatives and players are enjoying Dreams, and is it exceeding your expectations?

Alex Evans: Vastly! For example, one of the things that we’ve created is a curated selection of the best creations that we call MM picks, which is available on the front page of the game. It’s got hundreds and hundreds of really amazing creations. One of the things that surprised me is the breadth of the balance between the quality of gameplay and tightly tuned mechanics. There’s basically something for everyone. So the experience of playing Dreams is hard to explain unless you have tried it, but the experience of playing Dreams is similar to consuming a smorgasbord of different sorts of different treats. It could be seen as similar to what YouTube or Twitch is like. It is this feeling of a constant stream of new content that is always fresh and exciting, and I think that’s the thing that surprised me most of all is there feels like there is no repetition as you go through the experiences.

Tom: We were at a show in the UK last year when I looked around, and I’ve just been with the team for a few months. So obviously, involved, I knew what it was about that and had that sort of like finger click moment where every on TV screen someone was playing something different, and it was just the breadth of different kinds of games. From space shooters, text adventures, third-person games, and that was when I “this is what Dreams is.” That was the first time I saw it’s possible with this game. You’d be able to sit down with Dreams for like half an hour to an hour or even longer, and just have hundreds of different experiences.

Alex Evans: Maybe this is an angle on your questions: you know how every online community has a different flavour: you have the YouTube community, the Twitter community, Facebook. While Dreams is shaping up to be this incredibly inclusive, very sharing community, and actually that’s something that the community themselves regularly comment to us about, and give feedback to us about how it feels very welcoming. So that’s one of the happiest things that I think has happened, and the result of that is that you don’t have to be a creator of giant gameplay; you can create just a simple aspect. You might make a sound or an element or a character or even something smaller, like a rock, and literally the reward people feel when they see that rock will be that a character used in it in a larger creation is amazing. People are finding they get an enormous buzz and rush from that. You asked if the reaction to Dreams exceeded our expectations and I think the community aspect is really strong that the sense of people working together, and that’s just led to an evergreen feel. So every time a level comes out by some of our favourite creators you’re like, “Oh, amazing, it’s again by this person or that person.” I think that’s really been special.

We do weekly streams on Twitch where we put together a collection of creations. It’s never hard to find 20 or 30 creations that are brand new and completely different every week. So that is proof that it is working. Yes, it’s the inventiveness of it. I think it’s hard to convey how invested the community is, but I hope that answers your question.

CGMagaine: I wanted to just quickly talk about how the tools have changed and evolved as you see players interact and use what Dreams has to offer?

Alex Evans: That’s a great question. So the short answer is: yes, we’re evolving tools. A couple of interesting ones I want to cherry-pick out, if you like, because it’s such a big game. One of the biggest areas we’ve been focusing on initially was the Dreams Earth itself. So the way that you discover great content within iterating on a lot. So one of the bits of feedback we got from the community was that, you know, there are people who wanted to use the game without the motion controls, and it is very important to us that the game could be played by basically anyone with a PlayStation, so we worked to ensure the game was accessible to all players. Then on the creative side, there’s an unexpected effect we had, which is yes, we’re going to evolve the tools and as a result, we’ve done a few small tweaks and added a few more features here and there.

But one of the interesting ones was that we recently released an art pack, and basically that was a pre made set of pieces which we gave to the community. After that we ran a community jam themed around that pack and it galvanized the creative community to up their game. So I think that the root of your question is: how can we evolve the tools themselves to improve and help people create, but interestingly, just putting content out there has the same effect. Just put out an inspirational pack of assets and it also brings in a broader set of creators who maybe didn’t feel able to create from scratch, but they can build using the beautiful ancient times pack, and, something that is another element which we are trying to support, are the templates. So we’ve also released, for example, during early access, and we have more coming. We have a FPS template that we’ve released along with a puzzle game and a few others. What’s really cool is we had this feedback that people felt the blank piece of paper syndrome, they’re standing in front of a typewriter, and they didn’t know what to type, but by, releasing these packs of content and templates for gameplay, we’ve seen a surge of creations.

CGMagaine: I just want to talk about the inclusive environment for Dreams. Could you elaborate on who Dreams is targeting? What sort of environment should people expect and anticipate when they jump into the game for the first time?

Alex Evans: So, great question. Basically, I can reiterate that I think it’s very inclusive. It has an emphasis on an inclusive feeling environment, like a lot of the design decisions we made in the user interface celebrates people. So for example, we track credit, so if you make a small element of something else you’re encouraged to share it because you know that you will receive credit for that, and so, I think that if someone comes into Dreams, they should just enjoy the creations for a while. We found that people who didn’t think they had a creative bone in their body get inspired to remix or they sort of tiptoe into the creative side.

We’ve had a couple of people saying that they’re able to play with their partners, who aren’t necessarily gamers, or with their kids. If you own PlayStation 4, you should be able to enjoy this game, and there’s one other thing I wanted to touch on, that I recommend searching on Twitter, is the Made in dreams hashtag. So basically, people are sharing to Twitter with that hashtag, #madeindreams, and it’s really inspiring. I tend to follow the kind of bubble of game development, which is wonderful. I love my Twitter circle, but if you look at #madeindreams it’s really interesting how broad both in terms of gender and backgrounds or age that  people are that are creating, and I think that was really heartening to me; that there are people who didn’t think they could make games, that never crossed their mind.

Tom: Yeah, we’ve got a couple in Germany who have been on the continuous search for games to play with each other, and they just weren’t finding it. Then Dreams came out, and since then, they have been creating some of the most popular creations in the game. I don’t know if you know, but it’s a very good detective, and, if you haven’t seen it, check it out. The wife works as the writer with the husband doing the animations and the characters, and it was just such a heartening story. On a nearly daily basis, we get a message saying thank you for this platform that allows me to express what I’m interested in. They are such heart-warming things to hear, and it is amazing that Dreams can enable that.

Alex Evans: It’s a real outlet for people, and I think that’s why it’s inclusive because people are putting themselves out there and then getting very positive feedback. It’s a community that tends to support each other. And it encourages you to take that first step. We have always had this concept of play, create/share, and Dreams is that concept evolved.