Brentalfloss Takes the Next-Step in his Gaming Journey 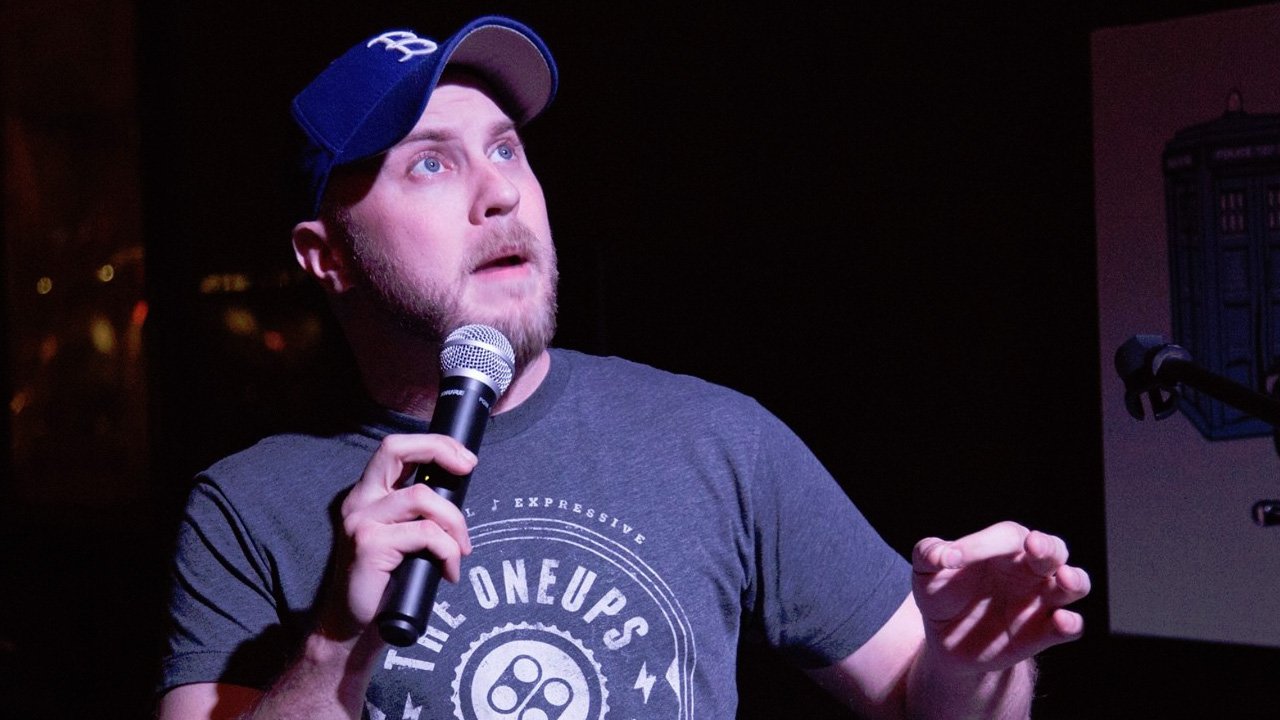 It’s a bold move for anyone to side-step from a lucrative career into independent game development. With the saturation of independent games on the market in this particular climate, it’s an extremely risky move. But that need to spread one’s wings, expand creatively and take that chance is certainly something to admire. Brent Black, (aka “Brentalfloss”), the popular YouTube personality most noted for his series of videos, With Lyrics, is willing to do just that. After having built a reputable following by setting lyrics to classic videogame themes such as Earthbound, Megaman 2, and Donkey Kong Country, Brent is ready to try something new. He is looking to use the talents and skills he’s acquired over years from making music and producing YouTube videos, to foray into the world of indie game development with his new party game Use Your Words.

This isn’t the first time Brent has diverged from the world of Brentalfloss to venture more deeply into the gaming industry. In the past, he has written scores for several indie games such as Default Dan by Kikiwik Games, although things didn’t go as planned, exactly. This time, he’s teamed up with veteran indie game developer Julian Spillane, formerly of Silicon Knights and currently Director of Product Development at PopReach to have another go at making his way in the gaming industry.

CGM had an opportunity to speak with Brentalfloss during a recent visit to Toronto. He gave us some insight as to his motivation behind the project and where his ambitions lie as he takes this next step.

Comics & Gaming Magazine: What lead to the transition from the popular Brentalfloss into video game development?

Brent Black: What lead to it, really, is I kept on kicking at that cocoon trying to find different things. This to me feels like, potentially, the perfect way to combine natural talent, things that I was trained with in school, and the things that I’ve learned on the job doing YouTube stuff, particularly in a gaming setting.

I think I’ve been trying to find a way in the last five years to branch out. As an artist (which is a very pretentious term), you don’t want to feel like you’re making the same thing every day. I like the idea of a new challenge and a new journey.

I’ve tried video game composing and recording audio books, and it was fun to branch out and do different projects. With video game development, I felt like I could do what I set out to do growing up, which is storytelling, working with music, and comedy. But this way, I can make it interactive. 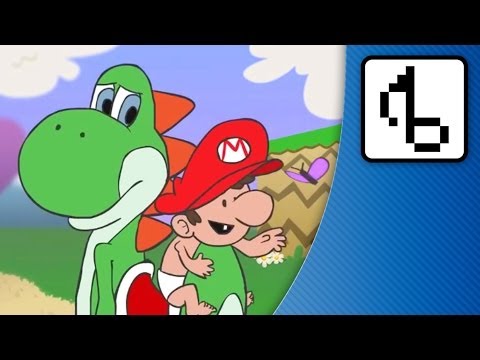 BB: Over the years, I’ve had lots of ideas for video games I’d like to make. I’d pitch a concept to some developer I know, and they’d say, “sure, but that would be a $50 million game”. This is the first time I’ve had an idea that we could make on a small budget with a small team. When my friend, Julian Spillane, saw the concept he said, “let’s make this game”. That’s a very different thing than Julian’s ever said to me. In the past, Julian’s been, like, “sure, but that game will just be way too expensive to make”. Or, “you’d need 50 people to make that game”. The fact that he went straight to, “let’s make this game”, that was huge.

CGM: And you have had experience with games in the past, writing music for games. Why didn’t you pursue that aspect of game development?

BB: Basically I couldn’t make it a business model that worked. The long and short of it is, I got to a point where my overhead doing Brentalfloss was high. Living in New York City adds to that, and so I realized that if I really wanted to be a videogame composer I’d have to go and live cheaply for years while I paid my dues, because of the kind of scores I’d want to write. I’d like to write the next Final Fantasy score; I’d like to write the next Mario score, the next Zelda score. Nobody gets to write that on day one. I realized that I was a little too far along in my career to make a choice to climb all the way up that ladder.

But the nice thing about doing videogame development is that if there were room in a game for the kind of music that I’ve always wanted to write, it wouldn’t be hard to do so if I wanted to. I’m hoping that I’ll have more freedom to do the kind of stuff I want to do and not slog away on other people’s projects. But we’ll see. There is a ladder in everything, and we’ll see what the ladder is like in videogame development. 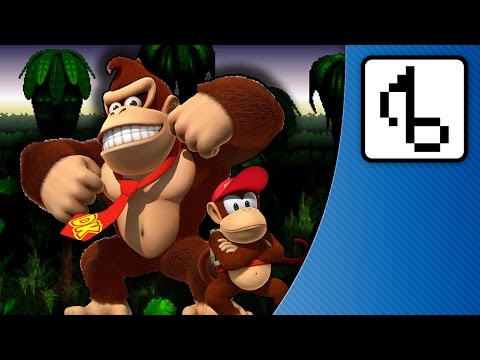 CGM: So tell us about the game you guys are currently working on.

BB: Ok. It’s called Use Your Words. I was kind of inspired by the technology of the Jackbox Party Pack, which is a suite of games that use a phone or a tablet with your TV. But I was really taken aback when I was in a hotel at a convention and I, on the hotel Wi-Fi, could play a board game with my TV and my phone. I was blown away! I love party games, and I’ve always wanted to make the ultimate comedy party game. I realized that if I used similar technology I could make a better game than would have been made in board game form.

Basically, it’s like a free-form comedy game. It’s a game for funny people and their unfunny friends. In various mini-game modes, you fill in the blank response to a phrase that game gives you. Maybe it’s “all the king’s horses and all the king’s men, _____________.” You can write something like, “surely had something better to do”. You text whatever you like as a response to the TV, and everything people wrote anonymously shows up. If anyone in the group is halfway funny, everybody laughs and picks their favorite answer to award points.

There are other modes of the game besides that. There’s also a hashtag game, where you get a hashtag like “dirty Dr. Seuss titles” or “ineffective safe words” and you write an example of that. When it reveals the answers, it looks like a twitter feed. There’s a mode called “Captionista” where you write a newspaper headline for a funny picture. And the fourth mode, which is the hardest to program (but I think is unique), is called, “Sub the Title”. You’re given a short foreign film clip, and you get the subtitle for the first line of dialogue, but the second line of dialogue is left blank. You get to write it. It’s the same concept. Everyone laughs and has a good time.

It’s really just a game about providing a platform, and providing a software solution to a thing that happens naturally; which is people getting together, making jokes and riffing on things. We’re just facilitating that. If people are laughing then the game is working.

CGM: Do you think your Brentalfloss fans will be receptive of this videogame? Will they be stuck on the familiarity of Brentalfloss or will they welcome it?

BB: I think that sometimes, for whatever reason, a product or brand inherently has its own demographic, and that has been clear with my podcast that I’m currently doing called Trends like These. There are some Brentalfloss fans who listen to Trends like These, and then there are the people who don’t listen to Brentalfloss but like Trends like These because it’s a different side of me. I think the game will be similar since my sense of humor pervades everything that I do. If people are Brentalfloss fans they’re bound to enjoy that aspect of the game like the subversive comedy, making fun of things for the sake of having fun, the giggling, laughing, goofy humor. 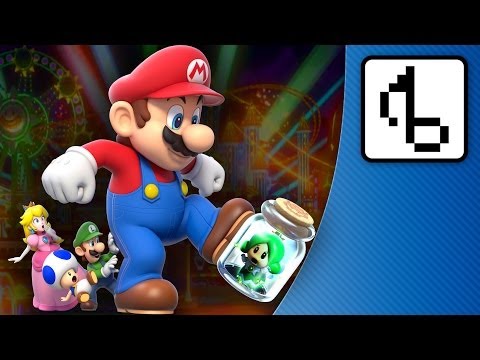 CGM: So if this becomes successful, is that the end of Brentalfloss?

BB: Not at all. Will it be a little bit less of a focus for my career if my videogame aspirations are achieved? Well, you know, I’ll have to go where the wind takes me. But I’m never going to turn my back on the Brentalfloss fans or the brand concept. It’s not going anywhere.

CGM: What happens if this is a colossal failure?

That said, let’s just say the circumstances required to cause a colossal failure of this game occur. I’d probably pick myself up, dust myself off. Do some Brentalfloss videos and try something else. I’ve made Brentalfloss videos that were extremely hyped up that were fairly floppy. I feel like I’ll always have the “With Lyrics” series as a flagship brand, and also my main source of income to go back to and invest in, whenever I’m unsure what to do. But just because this game’s a colossal failure doesn’t mean another idea that I would have would be. It would just make it harder to do because people would go “Well the only game you ever did was a failure”.

It comes down to what’s your measure of success. To me, if nobody loses money on this game and now people can say, “I played that game that Brentalfloss made, it’s really fun!” Then anything above that is just excess success. 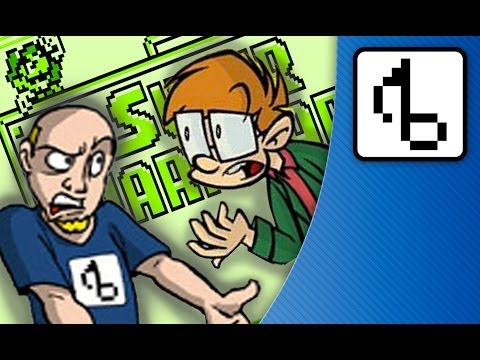 CGM: If this becomes successful, where do you see your future in game development going?

BB: I think that I am the right person to make a videogame that is a musical. Musical theatre pervades English-speaking culture, and it’s one of my favourite forms of storytelling. I believe there’s a way, and I’m working pretty hard on this behind the scenes right now, to make it where you’re playing a game and instead of stopping for a number, the songs are the game. How to do that? Well, I’m working on that. My aspirations are no less than creating a new genre of videogame. Will it happen? I don’t know, but I’ve got to try.

CGM: This direction of going to game development seems like something you really want to push.

BB: Yes. I haven’t been so vocal about it because I don’t want to be the Brentalfloss that “cried wolf.” In the past, I’ve said, “guys! I’m a game composer now”, and that was like me boldly proclaiming a thing that turned out to be true for a few months but wasn’t a new career path. I don’t want to unleash this thing on my audience and be like “guys, here’s what I do now”, because nobody likes to hear that anyway. What I’d rather do is say, “Hey guys, I’m working on this game, and you can check out a video of me playing it”. If they like it from that, then it turns out I was giving them what they wanted all along, which is video content; I’m passionate about it. I won’t blindly charge into these projects if I’ve been told by people who know better that they’re not going to work, but there are times in my life where if people burst my bubble, it just makes me more powerful.