Popular Youtube personality Brent Black, a.k.a. Brentalfloss, is best known for adding lyrics to popular video game tunes. This time, he’s making a game of his own. He announced a kickstarter for a new party game entitled Use Your Words. Black is working on the game alongside Julian Spillane, an industry veteran and former Project Director from Silicon Knights.

Use Your Words is played on a TV or monitor, and players can use their phones or tablets to fill out words in a variety of mini-games. Some of the games include filling out subtitles for a film clip, writing clever news clippings on pictures, or completing a sentence à la Mad Libs. 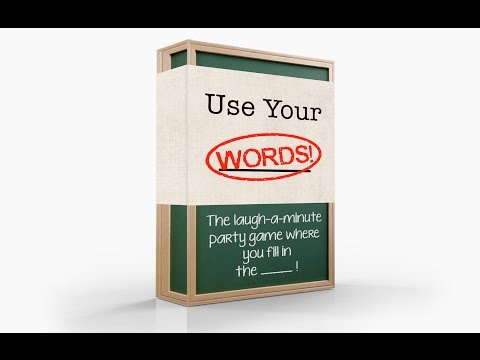 The game is currently in the prototype phase, and Black hopes to use the kickstarter funds to polish the game, such as a Lead Artist, a QA team, a Wii U dev kit, extra content and more. Some of the kickstarter rewards include a special thanks in the game, associate producer credits, physical/digital copies of Brentalfloss music, a thank you song from Brentalfloss, or even a voiceover cameo in the game.

Black is aiming to release Use Your Words on Steam and Wii U, with potential releases on PS4, Xbox One, Roku and Apple TV as possible stretch goals.

You can visit the kickstarter page here: http://tiny.cc/useyourwords