Use Your Words Review 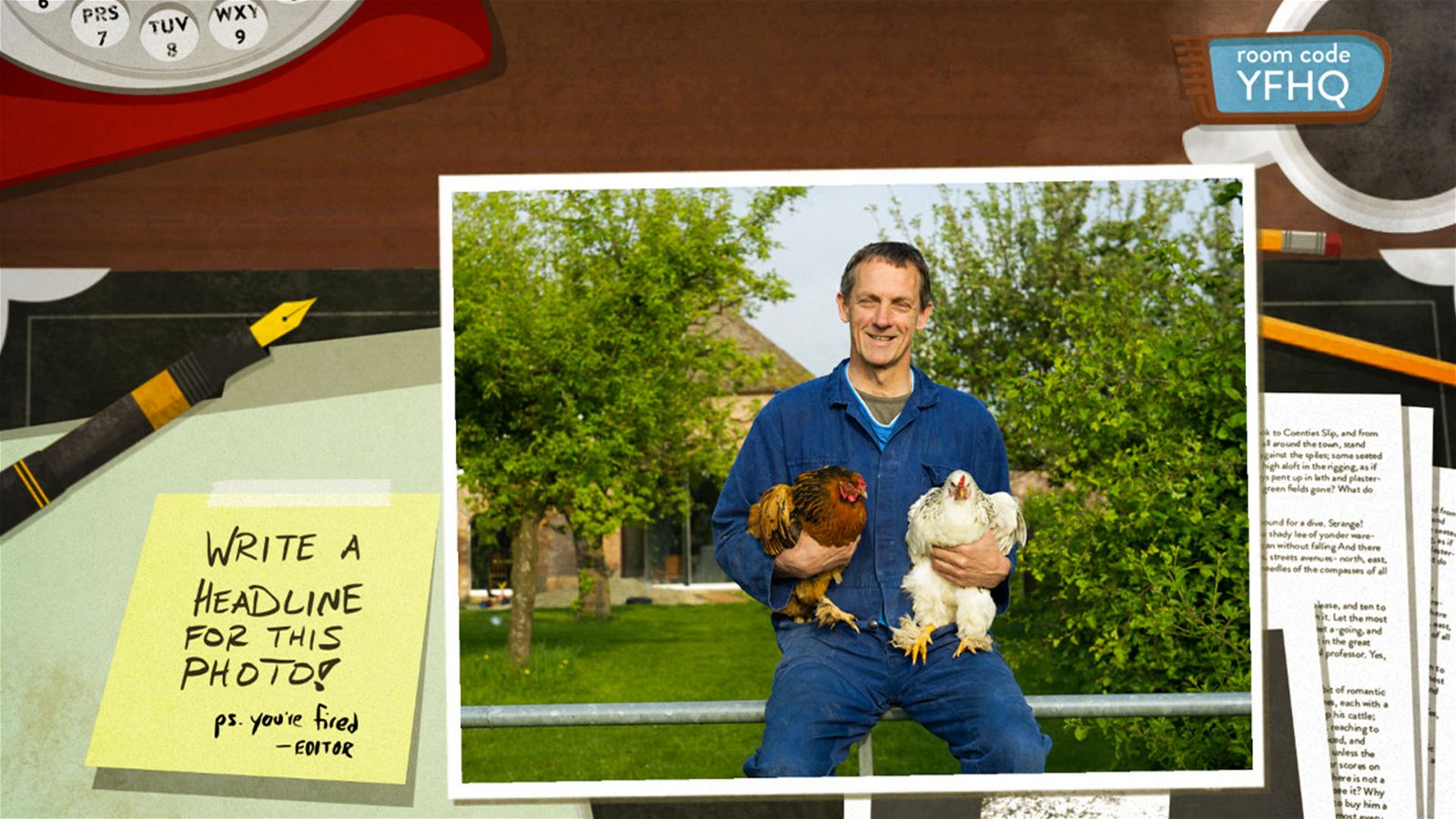 I can’t believe how much the You Don’t Know Jack series has made a comeback in recent years.

As a kid I used to play the incredibly inappropriate and irreverent quiz franchise with friends and relatives, only to see it become dormant after some less successful console releases. Until 2011 that is, when old Jack saw a resurgence on iOS, which eventually led into the Jackbox Party Packs we know today. The genius formula of allowing folks to use their phones, laptops, tablets, or anything they can muster as controllers is a hit in the streaming era, and naturally, some contenders have come along to challenge that crown. Use Your Words is one of those challengers, but it simply doesn’t do enough to differentiate itself from the games that inspired it.

A stalwart in its commitment to a 20th-century Americana-laden “lounge” theme, Use Your Words is charming out of the gate. It’s weird but not in an off-putting way, and the announcer (and his script) ranges from laugh out loud funny at best to innocuous at worst. A little more effort could have been made to create an actual character and garner more chuckles beyond the confines of the minigames, but the playful ribbing is a nice touch. The catchy soundtrack and colourful art style will also stick in my mind for quite a while.

The gist is that three to six players, using an Internet-capable device as their guide, will answer a series of oddball questions or create jokes based on the material that’s given to them. From there you’ll vote on your “favourite,” and the creators get points based on who voted for them. It’s a simple formula, and literally everything, from writing jokes to voting, is done on your device. I had no issues when connecting or throughout my sessions, which is a feat in and of itself for a Kickstarter project like this.

There are four concepts on offer in all: a Mystery Science 3000-esque “create a movie subtitle” gag, “design your own newspaper headline,” a Mad Libs “fill in the blank” doo-dad, and a rapid-fire finale that’s basically a re-creation of the Mad Libs shtick. While all of these technically hold up on their own, almost immediately after one game passes, the limitations of Use Your Words rear up.  As I mentioned two of the four are basically the same, and after the fifth session or so it begins to wear on you more and more.

Like most crowdsourced quiz games, how much fun you have is mostly reliant on your group, but the developers could have really stood to add a few more modes—perhaps even concepts that don’t even pop up every round—to ensure that there’s more variety over time. If you don’t enjoy one session, odds are you won’t enjoy the next, and there’s no sense of unpredictability. That’s not a great feeling for a quiz game that’s meant to be streamed or played for weeks on end.

Another thing that grinds my gears is the three-player minimum. It would be tough to design around it, but there is a way, especially since the game always gives one [typically very good] “house answer” among the choices. An answer, mind, that you lose points over if you vote for it. It’s a strange choice to force on people as you aren’t always picking your favourite, but rather the one you think is given by a “real” player.

Use Your Words feels like one of many games that typically enter a Jackbox Party Pack, but it’s not being sold that way. It’s from a smaller development studio that’s creating an entirely proprietary backend, so it makes sense why there would be limitations, but it doesn’t make the $15 pill any easier to swallow.

A quiz variant that does some interesting things, but doesn't provide enough content to keep the party going.