With inspiration from games like Minecraft and other ‘make-your-own’ games, Maurer’s latest project CraftStudio is looking to simplify, and most importantly, streamline the process of making a gamer’s vision come true.  Maurer, like many others, has chosen a crowdfunding endevour to try and build the funds to create CraftStudio.  Comics and Gaming was able to speak to him about what CraftStudio does, and how he is going to do it.

Comics and Gaming Magazine: Could you tell us a bit about yourself?

Elisée Maurer: My name is Elisée and I’m a 22-years-old guy from Strasbourg, France. I just started my own game company named Sparklin Labs and I’m currently working on CraftStudio, a pretty ambitious multiplayer 3d game-making platform.
I’ve always loved being creative and I feel very privileged to live in a time where I can make games out of thin air, just by sitting in front of a computer. It’s such an amazing way to express myself and connect with others. I’m very excited to have a chance to turn game-making into an online cooperative experience and lower the barrier to entry for all.

CGM: What is your history with development?

EM: I’ve been drawn to game-making very early. When I was eight, I happened to stumble on an illustrated programming book with monsters making little programs in BASIC. Ever since, I haven’t spent a month without starting a new prototype, working on some game/app, trying out a new development toolkit, etc. After my baccalauréat [bachelors degree] I enrolled at École Supérieure d’Informatique. Over the summer, I interned at game development studio ‘Creative Patterns’ and got a full-time job offer to work as a programmer there, so I dropped out.
Sadly Creative Patterns has closed down in September of last year. I took this as an opportunity to start working full-time on CraftStudio and set up my own game company.

CGM: What does your resume of video games look like?

EM: I created and used to run a Web-based sim game named TreaSeek when I was 13-14, in which you played a gold digger during the gold rush of 1848. I also released various little free games over the years.
Lately I spent three years at Creative Patterns working on various titles for Nintendo DS, iPhone, PC and Xbox 360. I’m especially proud of QuadSmash (http://www.quadsmash.com/), a couch-multiplayer arcade game I started on my own time and ended up developing with the guys at Creative Patterns as a self-published title. 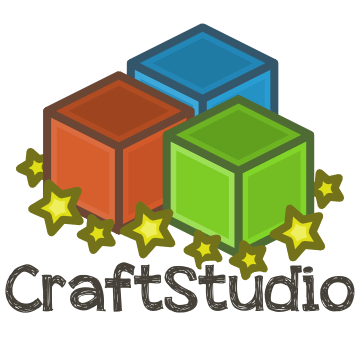 CGM: You’re starting an Indiegogo project for your next upcoming title. Why was Indiegogo your choice for getting funding?

EM: I chose to go with crowd-funding because I think it creates a great relationship between the players and the developer. People get to support a project they love and watch it grow, knowing they helped make it happen.

Kickstarter is probably the best known crowd-funding website, but in order to start a project there you need to be a resident of the United States. As I don’t qualify, I looked at a bunch of other platforms and decided to go with Indiegogo. It looks clean and is already reasonably popular which I think was the main selling point for me.
CGM: What is CraftStudio? Is it best described as a programming software?

EM: In a nutshell, CraftStudio is an online game to make your own games and movies. By making a few trade-offs (CraftStudio games have a low-poly, pixel-arty look), it turns 3D game-making into something accessible to pretty much anyone.

CraftStudio is still in pre-alpha but the major technical hurdles have all been overcome. I’m currently working on the design of an easy-to-use visual scripting system.

CGM: Is this a niche that has yet to be filled?

EM: There are many game-making tools around, but I think they all suffer from pretty severe limitations that makes them unattractive for gamers. Most are limited to 2D, or require that you build your game’s assets with external tools.

With CraftStudio, you don’t need any other editing tools. No export / import issues, no need to learn multiple interfaces, no need to buy various expensive packages. Everything is built-in and cohesive, which is why I call it a game rather than a tool: you don’t end up spending time knee-deep in technical issues, you just build and have fun.
CGM: How does collaboration play into a platform like CraftStudio? Is there a sharing component to CraftStudio?

EM: CraftStudio is fully multiplayer. You can collaborate with friends or even strangers over the Internet. For instance, you can start painting or animating parts of a character while someone else is still building other parts and see each other’s progress in real-time.

I think that’s pretty much never seen before, and it makes for a really awesome game-making experience. You get to see your ideas take shape really fast and can exchange feedback in real-time. 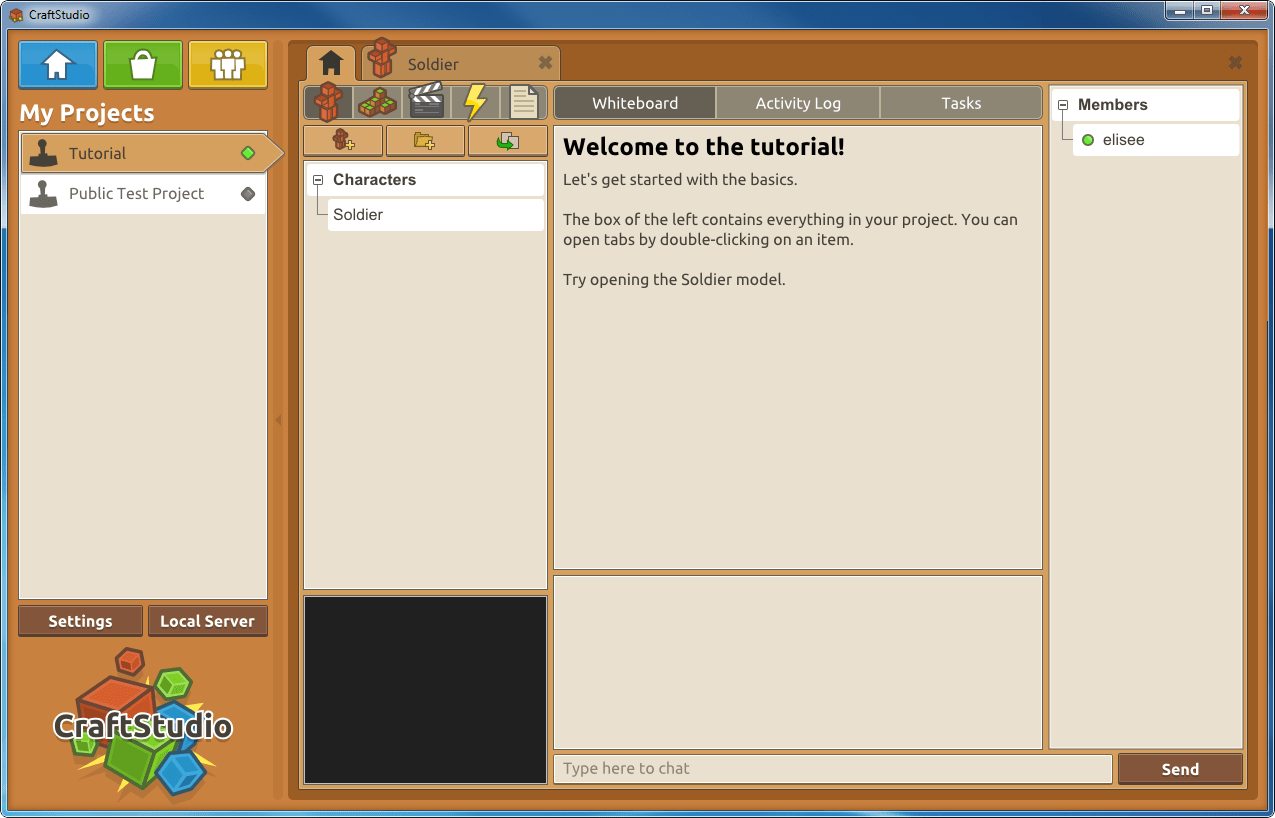 CGM: Did games like Minecraft and Little Big Planet play into the need for something like CraftStudio?
EM: I think many gamers are creative at heart and that up until now, a lot of this creativity has remained untapped. Minecraft, Little Big Planet or even Trackmania are some amazing titles which allow creating your own worlds, but I think we should go beyond. Gamers want to do more that just design levels out of a set of pre-existing pieces. Hence CraftStudio.
CGM: What is your platform offering a person once they actually do create their dream game?
EM: I plan on having an integrated store which will allow sharing with the community (or even selling) your models, maps, games or any other content you make with CraftStudio. I’d also like to provide a library of pre-existing content.
CGM: Does CraftStudio maintain any sort of rights over finished products? who owns what is created?
EM: Whatever you make with CraftStudio is yours to keep or share. That’s something very important to me. I don’t want to ruin a great platform by providing unfair terms of use.
So you can take your creations and sell them on your own if you want, and you don’t owe me anything.
If you decide to use the integrated store, I’ll take a small cut to cover hosting costs and allow me to keep improving to CraftStudio. I think it will be a great way to gain exposure for your creations, but again you don’t have to use it, you’re not locked in.
CGM: How powerful are the production powers of CraftStudio?
EM: CraftStudio will allow building pretty much any kind of games. You’ll actually be able to define any kind of control scheme and behaviors through scripting. You’ll be able to make RPGs, racing games, strategy games, space battle games, whatever you want!
I plan on integrating a 3D physics engine at some point which will add many possibilities.
CGM: What was the inspiration for something like CraftStudio?
EM: Making games is awesome and I think everyone should do it! But it can be painful at times and I really think we could do with better tools.
I think the Unity 3D game-making tool was really a big step forward in this regard, but it’s still very much geared towards professional developers and requires a lot of technical skills.
Minecraft played a huge part in helping me realize it was possible to build games out of just a bunch of blocks.
CGM: How does game production work within CraftStudio? 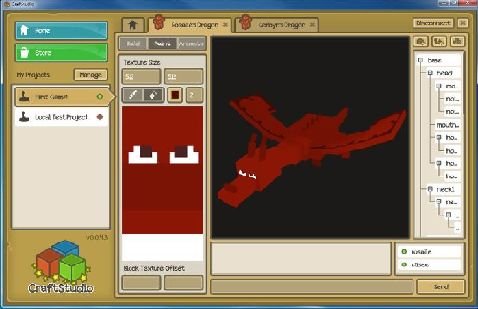 EM: Basically you fire up a server, invite your friends and start creating content together. You can create various types of assets:

Models are 3D objects or characters made of blocks that you can place, resize and paint as you wish. You can then animate the result.

Maps are infinite grids of blocks. There are various block shapes you can choose from and paint.

Scripts allow defining your game’s behavior. I’m still working on it but basically it will be very visual and there will be a library of existing behaviors to build on.

Documents can be used to write up your game’s design or story, or as a way to brainstorm. Scenes are where everything is put together. You mixmodels, maps and scripts together to create an actual game.

CGM: How about movies?
Support for making movies is planned too. Right now I’m focusing on the game-making aspects because I got to start somewhere but I think CraftStudio will be a great platform for machinima in the future!
(An example of what can be made with CraftStudio in terms of animation can be seen at THESE LINKS)
CGM: How will Indiegogo funding be used to prepare the final product?

It will allow me to keep working on CraftStudio full-time for a while, implementing new features, addressing the community’s feedback and fixing bugs. Basically fulfilling the original vision. I also plan to add various cool features like dynamic lighting, networked game support and a physics engine.
It will allow Thomas Frick, an artist and friend of mine, to join me in making the first full game with CraftStudio, codename Project Waffle. It’s a dungeon crawler with a twist: instead of playing a powerful hero, your character is an immensely greedy and extremely coward adventurer. He managed to find his way into the treasure room of a dungeon, and you’re in charge of getting him out of here alive, with as much loot as possible.
In addition to making a cool game, it will give me a chance to test CraftStudio in a real production environment and improve it along the way.
There are a bunch of pretty cool perks among which are premium CraftStudio accounts.

Here is a brief example of what CraftStudio will be capable of. 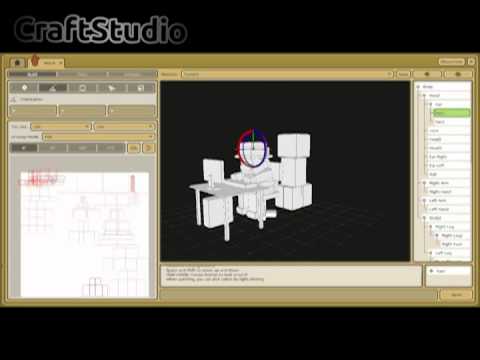 You can check out the campaign at CraftStudio’s indieGOGO page if you’re interesting in seeing what ways you can support it.  With 29 days left, Elisée sits at just under half of his requested $16,000 goal.