Things are Getting Spooky on the Ghost Projekt 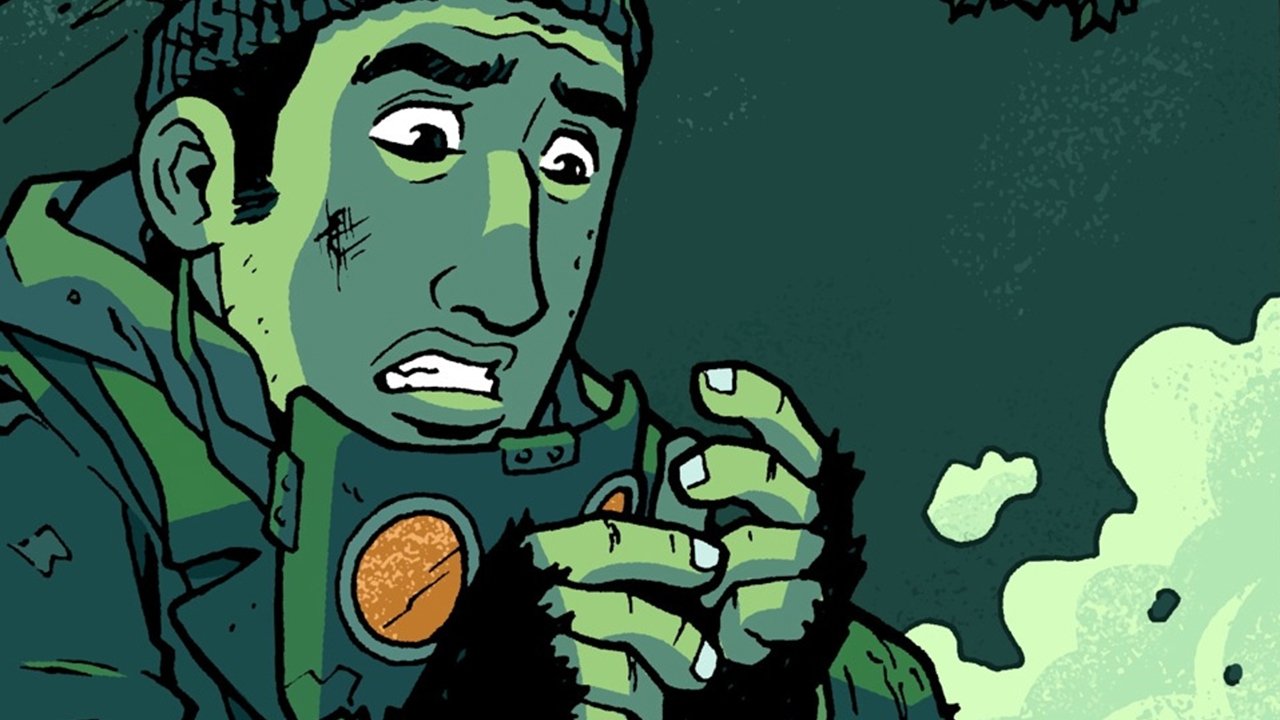 In this five-part miniseries from Oni Press, Ghost Projekt take a look back on that period of political paranoia in order to tell a story of an ominous Siberia secret, better known as the Dosvidanya Project.

Seven years ago, the Coalition of the Willing casually toppled Saddam Hussein’s Republican Guard. Although the battle for Baghdad was relatively uneventful, the Western World was riddled with anxious questions about possible caches of Weapons of Mass Destruction (WMD). Where were they? How many were there? Who controlled them? Were they supernatural?

Okay, so we weren’t really worried about the last one. But there was a time when North Americans really were worried about it, and with good reason, especially since our enemies actually were trying to obtain them.

Enter the co-creators of Ghost Projekt, writer Joe Harris, and artist Steve Rolston, both of whom were fascinated by this mystic aspect of military history. You see, during the Cold War, the Russians were beginning to lose the Arms Race. In their desperation, they began to research the possibility of supernatural weaponry.

CGMagazine: What was the initial inspiration behind Ghost Projekt, and what kind of research what needed to pull it all off?

Joe Harris: The idea first came to me in the aftermath of the September 11th attacks in 2001. I recall hearing in the media about the global concern to secure loose WMD materials many believed were sitting, unguarded and unchecked, in decaying weapons labs and facilities all over the former Soviet Union.

In looking into these real cases of strange weapons-research and experimentation by the Soviets, I began thinking that delving into the supernatural wouldn’t be too far of a stretch for a Super Power determined to stay a step ahead of the West. If the Nazis could be intent on capturing the Lost Ark of the Covenant, what would you really put past the former Soviet Union?

I’ve never been to Russia, much less Siberia where a lot of Ghost Projekt is set. But I watched movies like Brad Anderson’s Transsiberian and re-read lots of old favourite books of mine like Brian Lumley’s NECROSCOPE series.

Steve Rolston: Sometimes, when I draw a comic in a far-off place, people will foolishly ask if the publisher is going to send me there to do research. I wish our budget was that generous.

So, yeah, Google and Flickr have been my primary resources for photo reference. Not to mention other online sources like Wikipedia, Russian Livejournal accounts, EnglishRussia.com and various websites dedicated to specific interests like Russian trucks or firearms or Soviet uniforms.

CGMagazine: In case some readers are unfamiliar with America’s role in Cold War weapons development, can you explain where the idea of “hidden” weapon caches originated?

Joe Harris: The military industrial complex is the biggest sector of the US economy. It grew out of this Cold War mentality that America had to be bigger, stronger and faster than its chief adversary, the Soviet Union. To this end, all sorts of programs were employed: Nuclear, biological, chemical weaponry and all sorts of weird pseudo-scientific stuff were developed for defence purposes by both sides. The Americans were no angels, believe me… But it is common knowledge at this point that we exposed populations to psychoactive drugs, disease, nuclear fallout and other experimentation, both intentional and collateral, in the name of national security. And the Russians were just that more extreme and secretive.

The idea of the “hidden weapons cache of ungodly doom” was only in the zeitgeist a few years ago, and the run up to the Iraq War, and the subsequent media frenzy had greatly influenced this series.

CGMagazine: With regards to the artwork and storyline, was there much collaboration between you both of you? Or did each of your maintain a separate and more compartmentalized creative process?

Steve Rolston: Joe usually keeps me in the loop with what he’s writing. I don’t add too much input until I get the finished script, and I start breaking it down visually. That’s when I get all nitpicky and bug Joe about anything that seems implausible, or potentially confusing. I sketch out fairly detailed thumbnails, so I show those to Joe before I do the proper drawings. In that way, I make sure I’m capturing things as he intended.

Joe Harris: Steve and I have a good chemistry going, I think. If I tell him an idea I’m trying to work out for one of the books, he’s able to see where I’m going with things and I value his opinion. He validates my ideas, and the way I’ve put them in motion, while really bringing something of his own to the material – not to mention often bringing out nuances and notes that I hadn’t thought of. You can’t really ask for more than that.

CGMazine: There has been mention that supernatural forces enter the storyline of Ghost Projekt. What sort of hints can you provide about what the reader might see?

Joe Harris: Well, the title does point us in the right supernatural direction. The Russians tried to “weaponize” ghosts. As for whether or not they succeeded, well, readers will be able to judge once they get through the story. Russia has a very rich past dominated by invaders… and each brought their own brand of horror and conquest. So in the course of decades of experimentation, the Russians began dabbling in their resurrection, for the purposes of war. And that’s all I’m going to say on that front, for now.

CGMazine: Steve, since you’re based out of Vancouver, I’m sure you’ve noticed the recent changes in the Canadian comic book scene – specifically with the indie publications. How have these changes affected the industry as a whole?

Steve Rolston: I think it’s great that we now have the Joe Shuster Awards, and the Doug Wright Awards, both of which celebrate Canadian comic creators. And I have to assume they’ve raised awareness of home-grown talent to a certain degree… In my experience, Canadian readers, retailers, and press, have always been supportive of local talent… Indie books are where these new audiences are going to find a wider-range of genres, and more distinct voices. I think this has encouraged more creators to focus on their own work, even once they’ve made it into the “big leagues”.

As a Canadian artist, I’ve always appreciated that my location doesn’t really matter. I’ve collaborated with writers who live in New York, Portland, Toronto, and even across-the-pond, in England. The only drawback to working with US publishers is that they typically want me to use American spellings. But I’m a good “neighbour”, so I play along.

CGM: With the current political climate, and given North Korea’s possession of nuclear arms, Ghost Projekt could very well represent a possible future, as well as an alternate present. What are your thoughts?

Joe Harris: Well, I assure you, any army that carries the ghostly weapons the Soviets were experimenting, well, they would be invincible.