Pixels and Dread: An Interview with The Last Door’s Raúl Díez 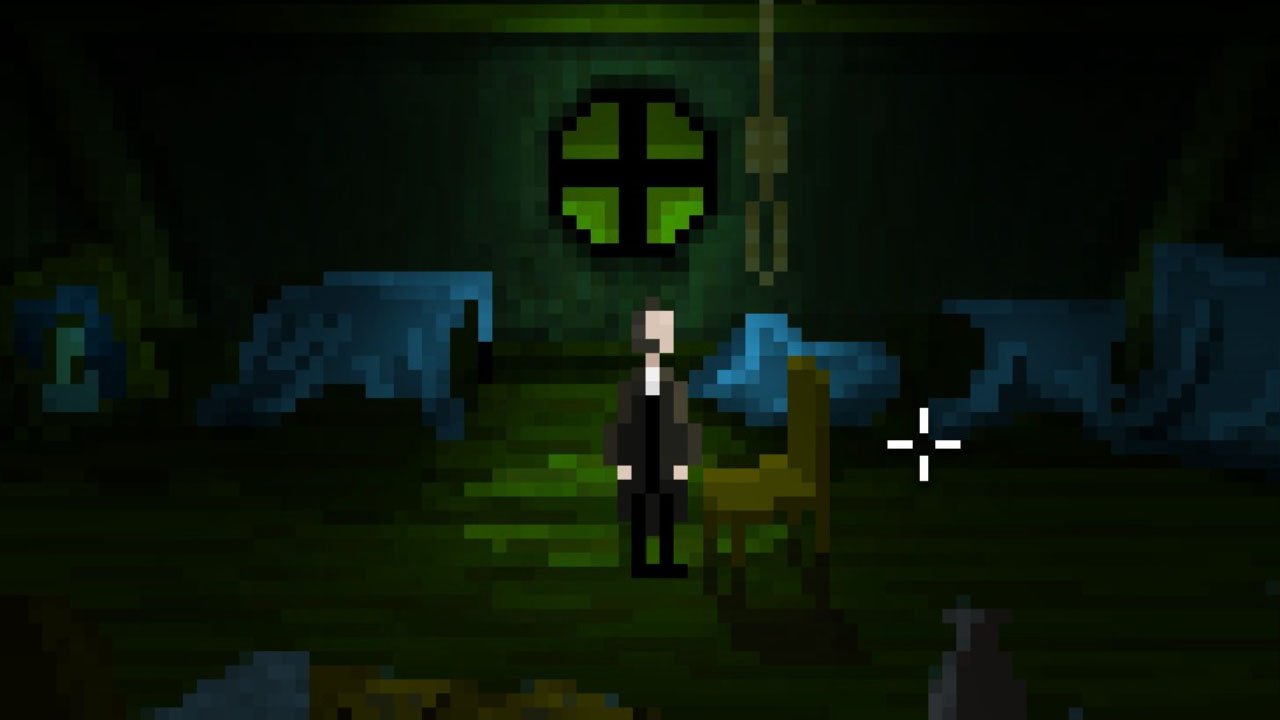 The Last Door is a traditional point-and-click adventure game that blends mystery and horror into a compelling—and frightening—experience. The Game Kitchen, its developer, has just released the final chapter in the serialized game’s first season, providing an ending that answers just as many questions as its raises. Now seemed like the best time to discuss The Last Door with Raúl Díez, The Game Kitchen’s PR and Community Manager. We spoke about writing an episodic game, mixing music with design, and how to scare players with pixel art.

Comics Gaming Magazine: Could you speak a bit about The Last Door’s visuals? Was the pixel art a stylistic choice before the game’s story was written or was it created to suit the atmosphere? The use of blurry, large pixels helps to make the environments more ambiguous and, for me, increased the sense of fear.

Raúl Díez: First, we love this kind of aesthetic as a form of art and expression, but it was also perfect since we wanted the game to have the “retro” look and feel [of] classic adventures games. Second, and most importantly, by using this stylistic choice we could maximize the terrifying experience we wanted the player to feel. The idea was to recreate the feelings that you have when you’re reading a horror novel, in which your imagination plays a vital role since there are no visual references. It’s the brain that generates the images, the feelings, and the [sense of] danger. By doing this, we humbly think that we’ve managed to stimulate the player’s imagination far beyond normal experiences, fading the developer’s vision into the background and bringing the player’s to the foreground. So yes, [the] pixel art was there almost since the beginning and our love affair with this style has only intensified.

CGM: The Last Door’s sound design is exceptional. I’d be curious to know if the music was written before or after each chapter was designed and plotted.

RD: We wanted the music and sound to have a prominent role and, to do that, we decided that the music and plot should be built together. Some scenes are built upon the music and not the other way around. [We] work hand in glove with Carlos Viola, our great music composer. We brief him on our preliminary ideas and then he suggests different outlines and music concepts that usually fit the game and/or the other way around. After the “briefing stage” Carlos enjoys absolute artistic and creative freedom. The only condition is that he has to submit the sketches as early as possible in the development of each chapter so the production team can listen to them while they’re finishing the story and gameplay. By doing this we reach a very good fusion between music and story. The Last Door’s sound effects are also meticulously designed to reach the same objective: complementing the visuals [to] create a terrified state of mind. [We] use  psychoacoustic and psychological qualities to place the audience in a state of alertness and expectancy.

CGM: How were the sound effects recorded? Were they pre-existing or specially created samples?

RD: We think about how we want something to sound and then we try to imagine what thing or mix of things may sound like the idea [we] have in mind. After that we search through digital libraries for those “ingredients” which match the concept. Normally it is not as simple as using a recording of a door to be used as a door. It may work better [to have] the sound of a wooden crate falling to the floor, or someone moving around a creaking chair, or a fence gate shaken by the wind. Sometimes during the search we find interesting sounds that give us ideas for new scenes. Other times we need to grab a sample and batter it to fit what we want. For instance, there is an effect in the game that is the call of a seagull, [but] really slowed down.

CGM: What’s the writing process like for the game?

RD: For each chapter our creative guys write a first version of the plot. After that, they pitch it to us and we organize a sort of brainstorming [session] where the story is subjected to scrutiny from the rest of the team. During this close inspection stage, our nitpicker side emerges and we start highlighting small mistakes or inconsistencies that we all fix together afterwards, iterating the original writing and fine-tuning it. When we all agree and love the plot the game’s design can be started.

CGM: Do you know the entirety of the story already or is the game being written on a chapter-by-chapter basis?

RD: The truth is that our writers have a storyline with a starting and an ending point but, as I guess happens in any other format, if the product works out and it’s successful the scriptwriters start to enrich the plot and to supplement it with new ideas. And in this sense, our creative guys still have much to offer. They hoard ideas and mysteries.

CGM: How many more seasons are planned?

RD: Many people ask us about this but, to be honest, we don’t really know. The Last Door was designed to be a web series so it [doesn’t have] a predetermined number of seasons. If our community of fans and players continues supporting us—and provided that the series makes sense from the point of view of the story/narrative—we will keep on producing more and more seasons.

CGM: Does the team ever worry that extending The Last Door’s story in this way could weaken its effect? There’s obviously a lot of room to expand on the concept of the game, but, if it goes on too long there’s also the chance that the plot could lose focus.

RD: Absolutely. This is one of our main concerns. The game has to have a narrative purpose, otherwise The Last Door would be closed. We are quite [self critical] and if we reach a point where the game doesn’t maintain itself from a plot perspective we would prefer to call off the series. We’re not interested in producing “empty-headed” sequels.