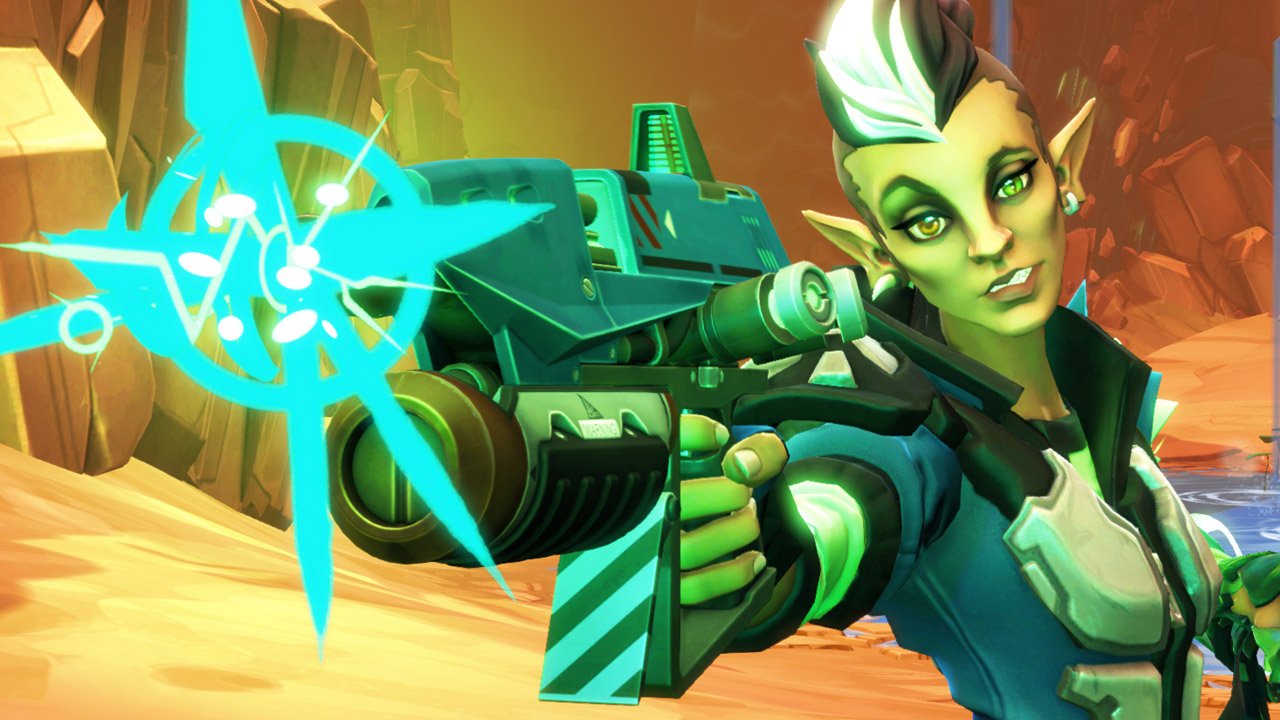 Good news for those of us who are looking forward to jumping into Battleborn. Today, 2K and Gearbox announced that it will be releasing this action-packed, FPS-meets-RPG-meets-MOBA worldwide on February 9, 2016 for the PlayStation 4 computer entertainment system, Xbox One, the all-in-one games and entertainment system from Microsoft, and Windows PC. An open beta will also be released prior, with details about public testing to come later this year.

As well, four new characters of the 25 character line-up have been introduced, which include Ambra, a melee attacker priestess, Mellka, a stealthy assassin, Renya, a space pirate who’s quick to deal damage with her laser pistol, and Benedict, a bird-like soldier who devastates the skies with the help of his trusty rocket launcher.

At the root of things, Battleborn is an FPS. Yet its vibrant, comic-style characters and level design, along with its claim to have a character to fit any play style, is what could set it apart in its genre. And with a reputation built with the success of the Borderlands franchise, it’s hard not to eagerly await its release. Want to read more? Check out what Chris Thomas, Publishing Producer for 2K on Battleborn had to say to CGM at E3. But before you do that, check out the new trailer to get a taste of they’re awesome art style and great sense of humor. And when you do, let us know what you think in the comments below!