Lab Zero and 505 Games unveiled that their highly anticipated fantasy RPG will be hitting the Nintendo Switch, in addition to the already announced PlayStation 4, Xbox One, PC and Linux platforms.

Indivisible, is the second game from Lab Zero, their first being, Skull Girls, which released all the way back in 2012. Like Skull Girls, Indivisible promises to offer players with breathtaking, anime-inspired art that looks combines the smoothness of cartoons with the action and kinetic craziness of gaming. Indivisible follows the story of a young tomboy named Ajna, who sets out on a journey to defeat an evil and ruthless dictator, Lord Ravannavar after he destroys her humble village. 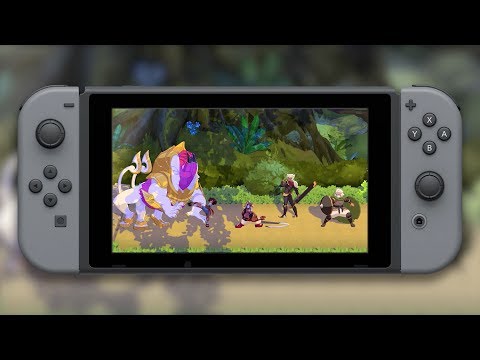 As the player guides Ajna, they will soon discover that she is capable of absorbing the spirt of others into her, bestowing her with powers and the ability to someone characters, which in the game are known as Incarnations. The game will task Anja and her friends to explore dungeons, ruins and other mysterious locations, all drawn in a beautiful hand-drawn aesthetic, in the hopes of powering herself up and defeating the evil Lord that threatens her people.

The Nintendo Switch release of Indivisible will release sometime in 2018, both digitally and physically, in a standard and collector’s edition for those who want it. It is unclear whether any of the versions of the title will be receiving a physical copy of the upcoming title.

Ezra Miller Is Getting Help, A Brief Timeline Of The Big Story So Far