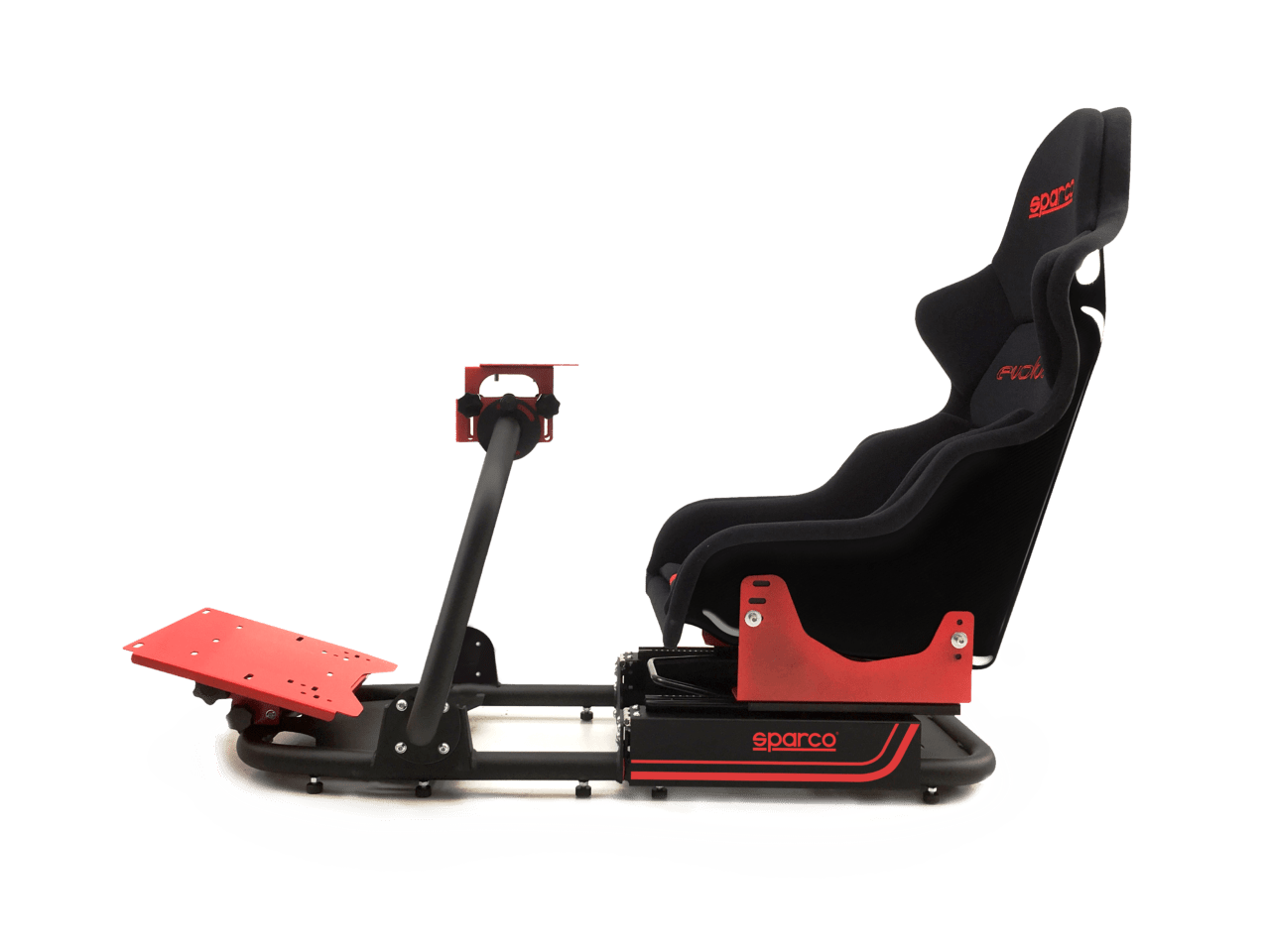 While nothing can beat the classic “couch” gaming, the three chairs currently in development look pretty cool and have the specs to match. The chairs will come in three models: Grip, Stint and Comp and will have various levels of comfort and adjustments, depending on the users’ needs.

These designs were conceived to bring simulated racing closer to reality, and even eSports. Not to mention brining the maximum comfort to gamers during long sessions.

The basic model, Grip is a standard gaming chair. The player can make all the usual seating adjustments like height and incline while also offering micrometer lumber adjustment. In terms of looks, Grip has the same synthetic leathers used in automotive products so it won’t wear out as easily and the chair is easily washable with a damp cloth.

For less casual gamers the next model in the series is the Stint. The Stint has all the regular bells and whistles but is also equipped in a COLDFLOW system, developed in Sparco. This middle-model chair has perforated fabric, and a cushion composed of epoxy nature wire in the cushion as well as the central part of the backrest. This chair improves blood flow better than traditional upholstery.

The last chair in development, the Comp, has been made especially for the hard-core gamer and is the luxury model of the series, and comes in two variants, the C and V. The C is equipped with a backrest made of the same material used on Supercar staged by Sparco. The V is made with a backrest in painted fiberglass. Both seats were designed based on the comfort from the SPX Sparco seat.

But if that’s not enough for gamers, Sparco has also developed the Evolve cock-pit. The Evolve is a state of the art, compact, racing seat that will put gamers in the same driving position as actual Rally and GT cars. Despite the Evolve’s compact chair, most people will be able to fit comfortably with room for adjustments such as: sliding guides for the seat, an adjustment system for rotation, sliding and elevation of the wheel support and pedals support and space-saving folding.

“Collaboration with Sparco has been a natural fit throughout many years of racing game development. It’s exciting to see the overlap between our parallel universes of virtual and real-world racing continuing to grow. Serious gamers, like serious drivers, seek serious [kits]. Partnering with world-leading motorsport equipment engineers speaks volumes about the importance of, and immersion possible within, today’s virtual world.” said Toby Evan-Jones, Director, Business Development of Codemasters in a press release.

There is no official date on the release for these chairs or the price but GRIP is set to be released sometime in 2017.