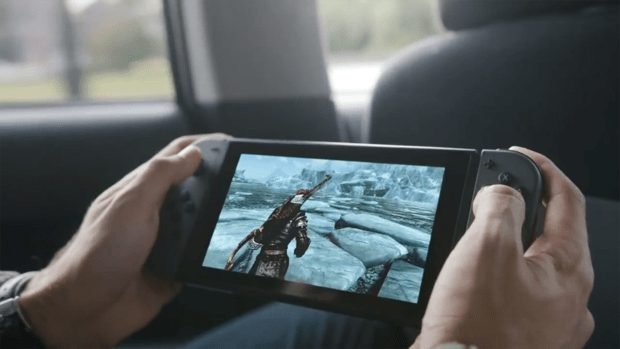 Bethesda just finished their E3 2017 conference with a plethora of new and exciting game announcements for the rest of 2017 and beyond. Bethesda’s conference opened with an adorable intro video which featured children, specifically those of some of the developers at Bethesda. The childeren were asked what they think their parents do, which lead into them officially kicking of Bethesda’s E3 2017 showcase.

The first big game announcement came in the form of a new Doom entry, as Doom VFR. Followed by Fallout 4 gameplay in VR.  Bethesda promised the entire game will be fully playable in VR. Currently, no further details about Doom VFR have been announced aside from some gameplay snippets shown during the show.

Bethesda then went off to show off a bevy of fan responses for their latest expansion for their MMO title, The Elder Scrolls Online, which featured the reintroduction of Morrowind, a setting which brings fans back into the classic setting of the first Elder Scrolls title. Bethesda shared some love with their fans and featured them in the trailer and stated that 10 million players have set foot in the popular MMORPG thus far.

During Bethesda’s show they also announced a new program called Bethesda Creation Club, a collection of paid game content for games such as Skyrim and Fallout 4, that collect the best of all new armours, weapons, houses and other mods. The content promised to be created by Bethesda themselves, as well as trusted outside developers to ensure quality to the fans who may be apprehensive at the idea of paying for mods

A new trailer dropped for The Elder Scrolls Legends, a Bethesda mobile card game, which is set to launch next month in July for Android and iOS also was shown off during the press event.  In addition, the trailer featured an expansion which centered around the world of Skyrim, appropriately named Heroes of Skyrim.

Fans itching for news regarding the Nintendo Switch release of Skyrim can now rest easy, as Bethesda dropped a new trailer which featured the game running on Nintendo’s hybrid console, with the most notable addition being Amiibo support. The Legend of Zelda: Breath of the Wild Link amiibo was shown being used, granting the player Link’s clothing as well as the iconic Master Sword within the world of Skyrim.

In Dishonered related news, a new trailer was shown, showcasing a gritty, more action-oriented approach. The new title for the game was Dishonored: Death of the Outsider It is unclear if this will be DLC for Dishonored 2 or a stand-alone title.

A New Quake Champions trailer was also shown off, paying homage to the hardcore players and fans of the long running series. The biggest thing to be revealed in the trailer was the introduction of BJ blazkowicz into the fray as a playable character. The game will be playable on August 26th at the Quakecon Champisons,  with a million prize at stake.

The Evil Within 2 was officially announced with new a trailer, with the game appearing to be rocking a much more serious tone, opposed to the somewhat campy nature of the original. From the bits of gameplay shown in the trailer, it appears the game will mix both the intense and atmospheric nature of the first game with more over the top sequences that are sure to please fans. The Evil Within 2 will be available on October 13th, 2017 which will fittingly, also be on a Friday.

Finally, Bethesda dropped a new trailer for Wolfenstein, beginning with an old school, live-action video which exuded a cheesy 60’s era vibe. The trailer was composed of clips of old TV programs that cut into the actual game trailer. The in-game footage opened with a weakened BJ, embraced by Anya, the female lead from The New Order. Anya in the trailer mentions that she is pregnant with twins, this intimate moment is cut short as the trailer then shifts to a scene that shows the return of Frau Engel, one of the nastier characters from New Order. Gameplay wise, it looks like BJ will be equipped with some kind of super armour that can be activated by will. Graphically the game looks just as explosive as the original with additional polish that brings it up and in some instances, surpasses 2016’s Doom reboot. Overall, Bethesda had a great E3 2017 conference, which focused heavily on games, if it wasn’t for a few leaks, their show might have been even more exciting