Bethesda has Announced the Next Installment in the Fallout Series, Fallout 76

After teasing the news on Twitter, Bethesda Game Studios has announced the next installment in the popular PRG series Fallout through a Teaser Trailer.

At this time, there are few details about what fans can expect out of this latest game, titled Fallout 76. But judging from the trailer, Bethesda is pushing for a more detailed, higher fidelity experience then what we have seen from the series in the past. 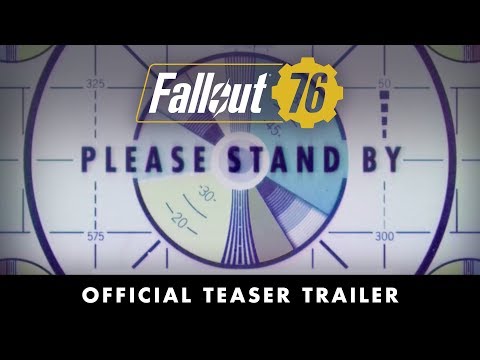 The last game in the series, Fallout 4, was released back in 2015 to overall positive critical and player response. Our critic, Jordan Biordi, liked the game stating that “It’s been five years since a Fallout game has released (although for me it’s been seven, since I didn’t much care for New Vegas), and I think it’s safe to say that everyone has been aboard the hype train since it left the station at E3.”

As E3 quickly approaches, a much bigger picture of what fans can expect from this show is taking shape. From Battlefield V, to Rage 2 also from Bethesda, this E3 is looking to be one you can’t miss.  The E3 press conferences kick off starting June 9 with the show floor opening on June 12 and CGMagazine will be on site to bring everyone the biggest and best announcements as they happen.