Blizzard Announces Hearthstone: Knights Of The Frozen Throne, Out In August Blizzard has announced a new expansion to their popular online card game, Hearthstone, titled Knights of the Frozen Throne. The new expansion for the game will be available sometime in August.

In Knights of the Frozen Throne, players get the opportunity to storm the Icecrown Citadel in the pursuit of powerful runic magic, used by the powerful and mighty Lich King, the undead ruler of the throne. It is said that the Lich King is recruiting players to imbue them with the powerful magic that can conjure the undead and expand his reach further into the world of Hearthstone. 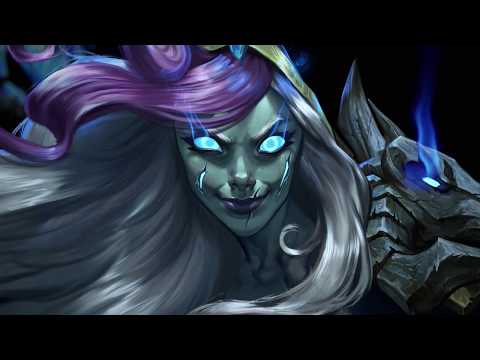 Gamers who pick up the upcoming expansion will get access to nine new Legendary Hero Cards, that when placed on the battlefield, transforms the heroes of Hearthstone into the fearsome and powerful Death Knights of the Lich King. The cards will also grant players with special frost-rimmed armour and modifiers, in addition to “Lifesteal”, a chilling new keyword that heals players for the damage dealt.

Those who are up to the challenge can clash with the cold hearted Lich King himself, in free missions that take a player through the Icecrown Citadel. Players will be able to fight iconic bosses such as Professor Putricide and Sindragosa, before facing off against the Lich King. Those who come out victorious in the prologue mission will be rewarded with a random Legendary Death Knight Hero Card.

Those who can’t wait till the release can pre-purchase the expansion for $49.99 and get a special 50 pack set that comes with a unique card straight from the Lich King’s cold and unyielding grips himself Gamers interested in the expansion can visit the official website for the upcoming content to find out more.