Carmageddon was a game that oozed with 90’s concepts. It transported players to a world of high-octane mayhem and destruction. It was crass, loud and bombastic, and yes, it was also fun. Someone over at Stainless Games decided it would be the perfect series to be resurrected, and that is why we now have Carmageddon: Max Damage. For anyone on consoles that love this sort of game, it was announced today via the PlayStation Blog and the games website that it will be hitting consoles. Carmageddon: Max Damage takes all the concepts from Carmageddon of the past and modernizes them. Featuring rich graphics, fast gameplay and more of the action people loved from the original series. Utilizing the power of modern gaming devices, Carmageddon has never looked so good. Take to the streets of Bleak City and trash your opponents in new cars, new tracks, and new modes, and with Carmageddon: Max Damage, you can now take the action offline and online.

It seems the team at Stainless Games have also boosted the feature set with a new Action Replay mode that allows you to set up a camera to see the action from any angle, and new powerups that can work to attack the opposition or repair your car on the fly.

It should be noted that Carmageddon: Max Damage has been announced for the Xbox One and PS4, but as of yet no PC platform has been confirmed. For anyone itching to engage in car mayhem you will not have long to wait; it is slated to hit consoles mid-2016. 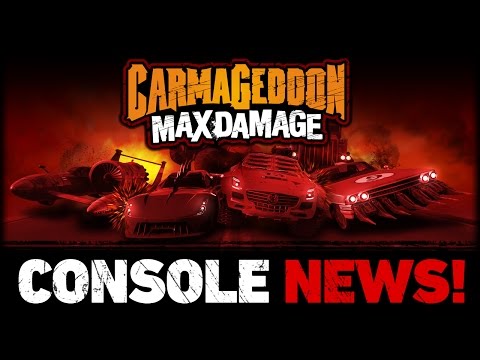