Cars 3: Driven to Win is a competitive racing game developed by newly re-opened Avalanche Software, featuring the movie’s cast in all new story line. Taking place after the final race shown in the movie, Cars 3: Driven to Win continues the story by introducing Jackson Storm, a new rival racer for Lightning McQueen and Cruz Ramirez. The game features over 20 customizable characters from returning popular heroes to all new characters. Players can race through environments from the film, choosing from over 20  tracks across 13 different locations such as Radiator Springs and Florida International Speedway. With six different modes, characters can be enhanced through training and race proficiency tests, unlocking new modes, tracks, characters and more. Cars 3: Driven to Win promises an action-packed experience, featuring abilities such as drifting, driving backwards and side-bashing. Additionally, players will be able to experience the fun together through local split-screen multiplayer, allowing racers to cooperate or compete. 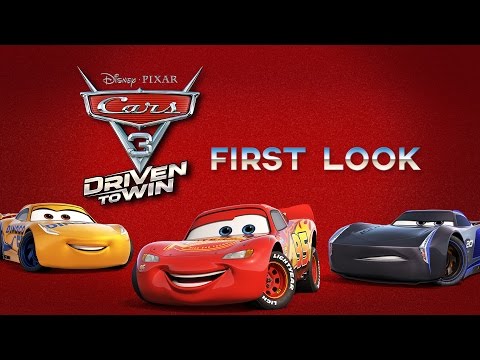 Cars 3: Driven to Win will launch on the same day the movie premieres, June 13, 2017. The game is currently available to pre-order and will be available for the PlayStation 3, PlayStation 4, Xbox 360, Xbox One, Wii U and Nintendo Switch.