The city building simulator Cities: Skylines has been announced for PlayStation 4. 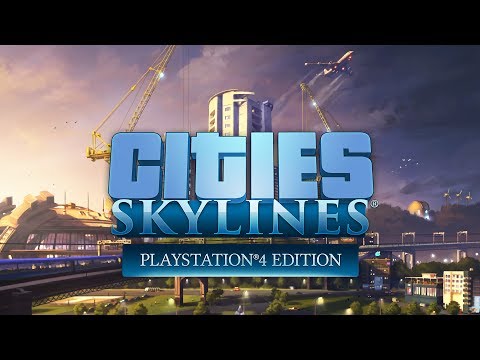 Cities: Skylines is a modern take on the city simulation genre that originally released in 2015 exclusively on PC. Players are able to make their own city from scratch, planning road networks, bus lines and parks. Players are tasked with managing their city along with its citizens, tracking their education, healthcare and safety. Cities: Skylines also features districts and policies such as a heavy traffic ban in downtown areas or free public transport to waterfronts.

Expansion packs were later made for Cities: Skylines, the first titled “After Dark” which introduced expanded tourism and leisure specializations. A second expansion pack called “Snowfall” added winter-themed elements along with a theme editor which allowed players to change all of the game’s graphics in order to create a visually different world. A third expansion was created, adding in natural disasters to the game along with measures for players to prevent them. A scenario editor was also added along with in-game radio stations. While the “After Dark” pack will be included in the PlayStation 4 edition of Cities: Skylines, none of the other expansions have been announced for consoles at this time.

Since its release on PC, Cities: Skylines has become a commercial success, selling more than 3.5 million copies. Earlier this year, a port of Cities: Skylines was released on Xbox One, also including the “After Dark” expansion. CGMag also got in touch with Colossal Order recently, discussing the success and future of Cities: Skylines.