Crash Bandicoot is back. Despite being on sale for only two days, the remake sits comfortably at the top of the UK retail market for June. Being released exclusively on PlayStation 4, the games find themselves rocketing to the top of the sales charts; a first for the series.

According to GfK, Crash Bandicoot N. Sane Trilogy beat out Tekken 7, Overwatch, and Horizon: Zero Dawn for the top of the UK sales charts. Other games in the top ten include Dirt 4, Grand Theft Auto V, Injustice 2, and FIFA 17.

The sales of Crash Bandicoot N. Sane Trilogy even topped the sales of Horizon: Zero Dawn which was the previous fastest selling single format release of 2017. Interestingly enough, both of those games are exclusive to Sony’s PlayStation 4.

We here at CGMagazine got a chance to try out Crash Bandicoot N. Sane Trilogy at E3 this year. You can read about out impressions of the game here and you can look forward to our review in the coming days. If you would rather see the game in action, we have our First 15 of the game that you can check out below. 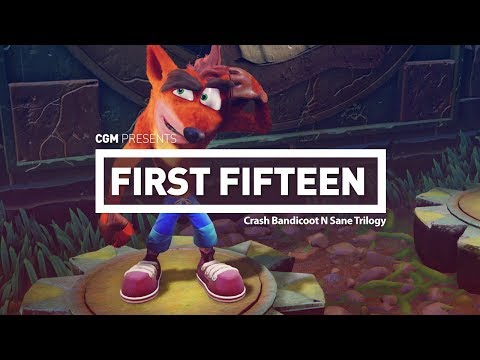 Including the two behemoths of the PlayStation 4 market, Sony’s PlayStation 4 had over 55% of the games sold last month while Microsoft’s Xbox One came in second with 28.4% and Nintendo’s Switch sits in third with a measly 5.7%.

Looking into the next month, there isn’t anything that we expect will explode the UK sales charts. However, Nintendo might be able to take a larger piece of the UK market next month as they are releasing Splatoon 2, the New 2DS, along with Hey, Pikmin! and Miitopia.