Two new fighters have been announced for the upcoming Dragon Ball FighterZ game.

The latest issue of V-Jump, a Japanese magazine that covers new video games based on popular manga, announced that Dragon Ball Z mainstays, Krillin and Piccolo are both fighters coming to the new game. Each of the character’s abilities is broken down into stats and brief descriptions on how they will fight in the new game.

The details are translated as:

Piccolo has technical skills such as extending his arms to grasp his opponent and charge techniques. He has a variety of methods to break the opponent’s guard. He can fire beams at super high speeds. By long-pressing the button, he can charge up for a stronger attack. He also has a technique that fires a Ki blast to deal great damage. When connecting from a combo, it will deal even greater damage.

Krillin has low power and reach, but can use a variety of techniques. He can even use Kamehameha, meaning fighting from a distance should not be a problem. He can use skills to confuse the enemy such as the “Afterimage Technique,” which leaves behind an image of Krillin before turning into an attack. He can also use “Destructo Disc,” which is impossible to guard against. After firing Ki blasts, Krillin can alter their trajectory and have them explode in the sky to shoot out multiple Ki blasts.

Piccolo and Krillin are joining an all-star cast of characters that already includes the likes of Goku, Vegeta, Gohan, Cell, Frieza, Majin Buu, Trunks, and the recently announced Future Trunks.

Dragon Ball FighterZ had a playable version at this year’s Evolution 2017 and you can check out the second day of the tournament in the video below. 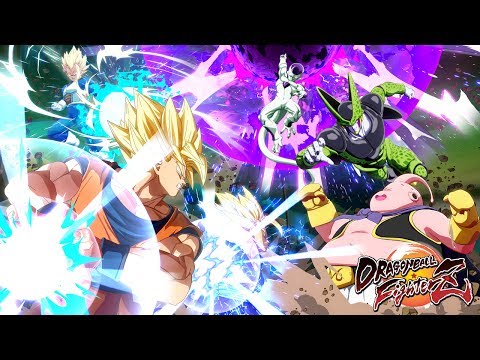 Dragon Ball FighterZ will be released on PlayStation 4, Xbox One, and PC in early 2018. We got to try out the game and you can read about that here.There is going to be a closed beta scheduled for this summer and registration opens, July 26. For more check out Bandai Namco’s website for the game, here.