Atlus announced that the side scrolling brawler has just been confirmed for a May 15, 2018 release date.

Dragon Crown Pro is a revamped version of the original Dragon Crown that released back in 2013 on the PlayStation 3, PlayStation Vita and PlayStation 4. The game is set in a medieval world in which players must pick one of six unique classes and make their way through beautiful levels and challenging bosses. Players could choose to play as an amazon warrior, a fighter, an elf, dwarf, wizard or a sorceress. Each character has their own play style and abilities that encourage multiple playthroughs to try each one and master every ability. Players will be able to gather their friends in four player co-op and battle their way through some of the games challenging levels.

In Dragon Crown Pro, the game features new redefined artwork and 4K compatibility to make sure that each level has a distinct look and will make players feel like they are truly immersed in their environments. The game will also feature a revamped soundtrack with a live orchestra.

In the Dragon Crown Pro reveal trailer, players can see all of the new features at work. 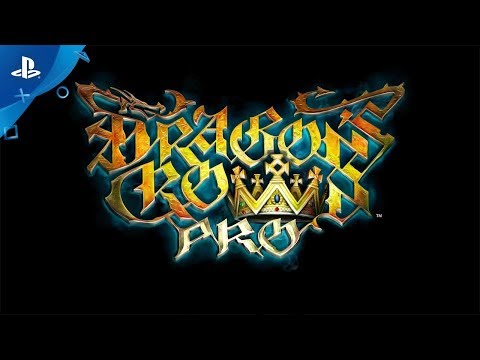 The game will be available for PlayStation 4 and PlayStation 4 Pro. Dragon Crown Pro can be purchased at $49.99 USD or at $64.99 CAD. In our original review for Dragon Crown we game the game a 7 for its gorgeous artwork and its action RPG elements.