After over 13 years on the market, EVE Online will be shifting to a free-to-play model that will allow players to partake in the game without a monthly subscription.

Developer CCP Games explained the new feature through a lengthy blog post on the EVE Online website, that describes pre-set characters called “Clone States” that will be playable for free.

Here’s CCP’s in-universe explanation as to how these characters will fit into EVE Online’s world:

“This feature is built around the complex biotechnology which originally gave rise to the capsuleers: clones. Technological advancements in New Eden have led to a new way of manufacturing and augmenting clones, unlocking the possibility for a variety of distinct Clone States. With this technology, clone manufacturers can now build and distribute clones which possess a base state, the Alpha state. They can be enhanced or otherwise altered to achieve other states, but the Alpha state will always exist underneath. The state of a given clone may affect its access to trained skills, its ability to train new ones, or the rate at which new skills are acquired.”

When the feature launches later this year, free players will have access to two Clone States, described as follows:

“The Alpha Clone State is the new base state for all clones and it will be available to any character in New Eden at any time. Clones in the Alpha state will be able to train and use a specific set of skills including tech one Frigates, Destroyers and Cruisers for your faction along with essential weapons and modules. Alphas will also train skills at a reduced rate compared to Omegas. 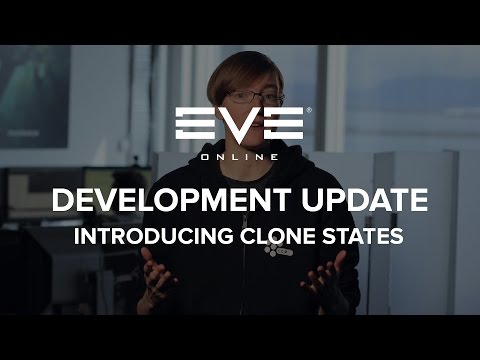