Everything You Need to Know About Ogres in Fable Legends 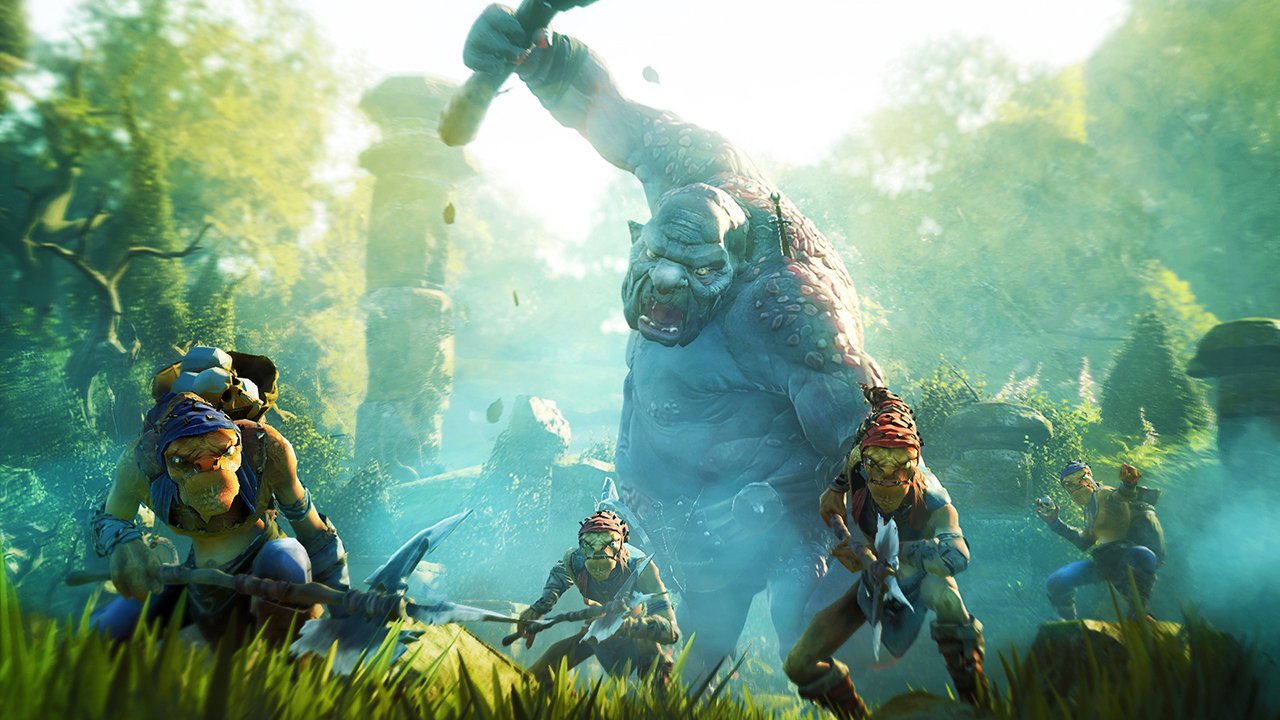 Fable is an Xbox exclusive that’s been around since Microsoft’s first game console. Lionhead Studios has been hard at work creating a new land of Albion for a new console, and today they highlighted an enemy gamers will get accustomed to in Fable Legends on the Xbox One.

According to Lionhead This character is massive. Their skin is so thick swords can barely harm them, but they do have a weak spot on their butts. Even though they have a weakness, they find ways to get around it.  Ogres like to loot the bodies of the victims they’ve murdered, so they wear very crude, ill fitting armour.

Their weapon of choice is a stick with a head on it. The head belongs to their twin sibling. When they reach adolescence the twins fight. The winner rips the head off of the loser and puts its head on the sick. The head never dies though. It stays in tact and can even talk—it usually bickers with its able-bodied brother or sister.

It’s really hard to tell the difference between males and females. Both are covered in warts, smell horrendous, are overweight (which would mean that’s their average weight), and gigantic. So players can run into either gender and not know for sure what it is.

Either way, they should be pretty entertaining. Unfortunately, there’s no date yet on when we can see these behemoths, but with E3 right around the corner, there’s a chance we’ll hear more.