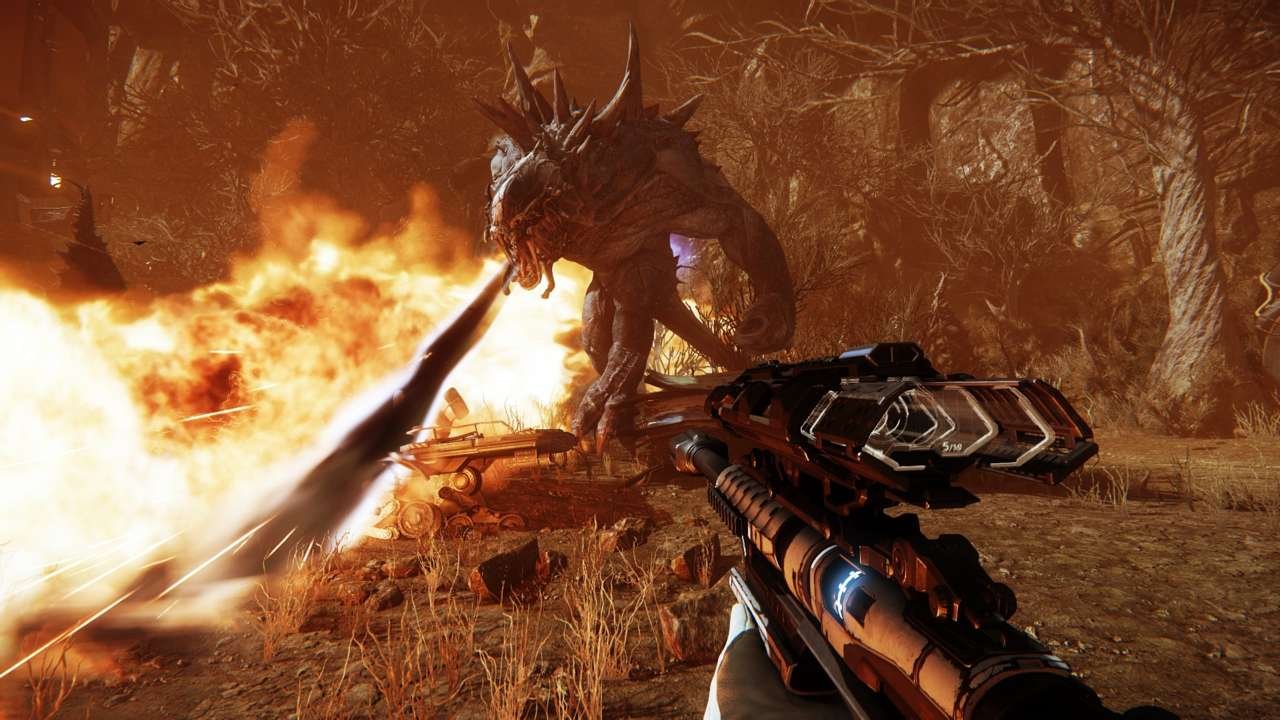 One of the most anticipated new shooters has finally gotten a release date.  Today Turtle Rock and 2K announced that Evolve launches on Oct 21, 2014 for Xbox One, PlayStation 4 and PC.

Whoever pre orders the game will also get the Monster Expansion Pack.  It comes with a new skin and a new monster at release.

For those who don’t want to wait, there will be a playable demo at E3 this year. They also released some new screens.