Players who currently own UFC 3 also get all five of the new athletes, as well as gameplay updates for free.

“This one is for all the hard working gamers out there,” Johnson said. “Games are a big part of my life, so to be on a cover of an EA Sports game for the first time ever, that’s incredibly special. I worked hard to get here, and it’s a great feeling to be immortalized as an Icon.”

Johnson earned his title as a UFC flyweight champion with the record of 11 successful title defences.

UFC 3 Icon Edition also includes a permanent champion fighter and move in the UFC Ultimate Team. Plays get to choose this fighter, and they get the pool of Conor McGregor,  Joanna Jedrzejczyk, Georges St-Pierre, and Anderson Silva. 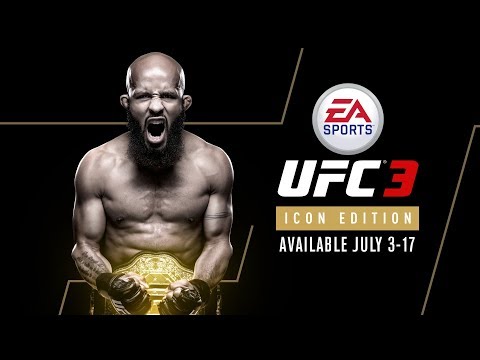 UFC 3 Icon Edition is available now through July 17 for PS4 and Xbox One.

Liked this article and want to read more like it? Check out Jed Whitaker’s review of UFC 2 on the Xbox One.