Blackwood Crossing is a first-person story adventure game. The game explores the relationship between two orphaned siblings, Scarlett and Finn as they ride a train together. After coming across a mysterious figure, what was once an ordinary train ride turns into a magical story of life, full of love and loss. Players control Scarlett, Finn’s older sister who has felt a distance growing between her and Finn as Scarlett enters adolescence. By solving contextual puzzles, players will help Scarlett navigate through the world around her as they unlock key details about the pasts of the orphans while uncovering the mystery behind the train journey.

PaperSeven is a small, independent developer based in the UK. Most of the development team is made up of former Disney Black Rock Studio members. Also part of the team is Oliver Reid-Smith, writer of The Room, a 3D puzzle game developed for PC and mobile devices.  PaperSeven Studio’s aim is to create games that explore emotional themes while taking players on an unexpected journey. 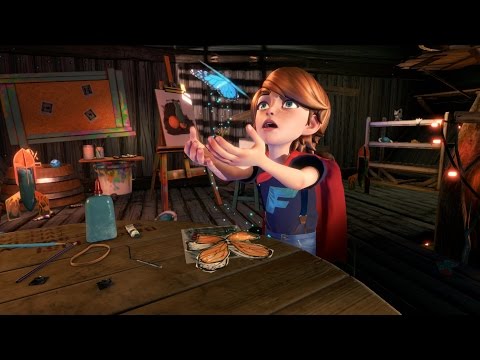 Black Rock Studio was a video game development studio formed in 1998. The studio developed a number of racing titles such as the ATV series. In 2006, the company was acquired by Buena Vista Games, a subsidiary of Disney Interactive. Afterwards, the studio developed Pure and Split/Second for PlayStation 3, Xbox 360 and PC. Both games were well received critically and financially, Disney Interactive turned down proposals for sequels to both titles, instead focusing on freemium content. In 2011, Disney Interactive announced their intent to close the studio. Similar to PaperSeven Studios, many former Black Rock Studio employees formed their own development teams such as Studio Gobo, Roundcube Entertainment, ShortRound Games and Boss Alien.