Is there anyone out there who doesn’t like the Lego games or the Portal franchise? I hope not. Released for our viewing pleasure was a new trailer for Lego Dimensions featuring GLaDOS from Portal. Not only does it make one giddy with joy watching Batman interact with GLaDOS but it shows off what else the Lego Toy Pad is capable of. 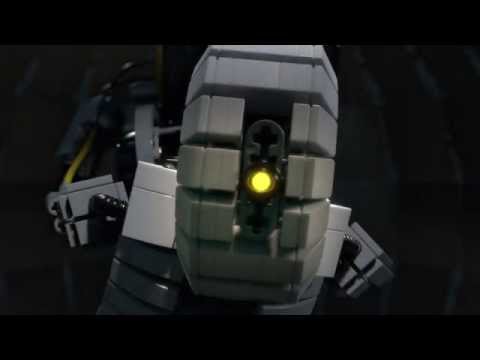 See the full press release below!

Warner Bros. Interactive Entertainment revealed today that the LEGO® Toy Pad, which comes with the LEGO® Dimensions™ Starter Pack, will be an interactive part of the LEGO Dimensions gameplay experience functioning as an additional game controller giving players a unique way to interact with the toys and game throughout the experience. The innovative LEGO Toy Pad – which allows any combination of seven characters, vehicles and gadgets to be simultaneously brought into the game at one time – features three distinct areas of RGB light technology that produce a broad array of colors to provide hints and puzzles for the player to solve.

In a new trailer giving the first glimpse of this functionality, GLaDOS (Genetic Lifeform and Disk Operating System), the fictional, artificially intelligent computer system and main antagonist in the Portal video game series, puts the heroes of LEGO Dimensions through multiple tests that can only be solved by using the LEGO Toy Pad.

In one example, SHIFT mode is activated when characters need to use colored vortexes in the game to avoid danger or traverse areas, the player must physically move the corresponding LEGO minifigure to the correctly colored light section that will enable them to transport the character to the vortex of their choice.

Using SCALE, players can shrink LEGO characters down to micro-size or up to super-size by physically placing the LEGO minifigure on a distinctly colored section of the LEGO Toy Pad. By scaling the character in this manner, the player will be able to access new areas and complete puzzles placed around the level.

Additional modes of the LEGO Toy Pad – CHROMA, ELEMENTAL, and LOCATE – offer further challenges that require a level of interaction between physical and digital play never before seen in the toys to life category.