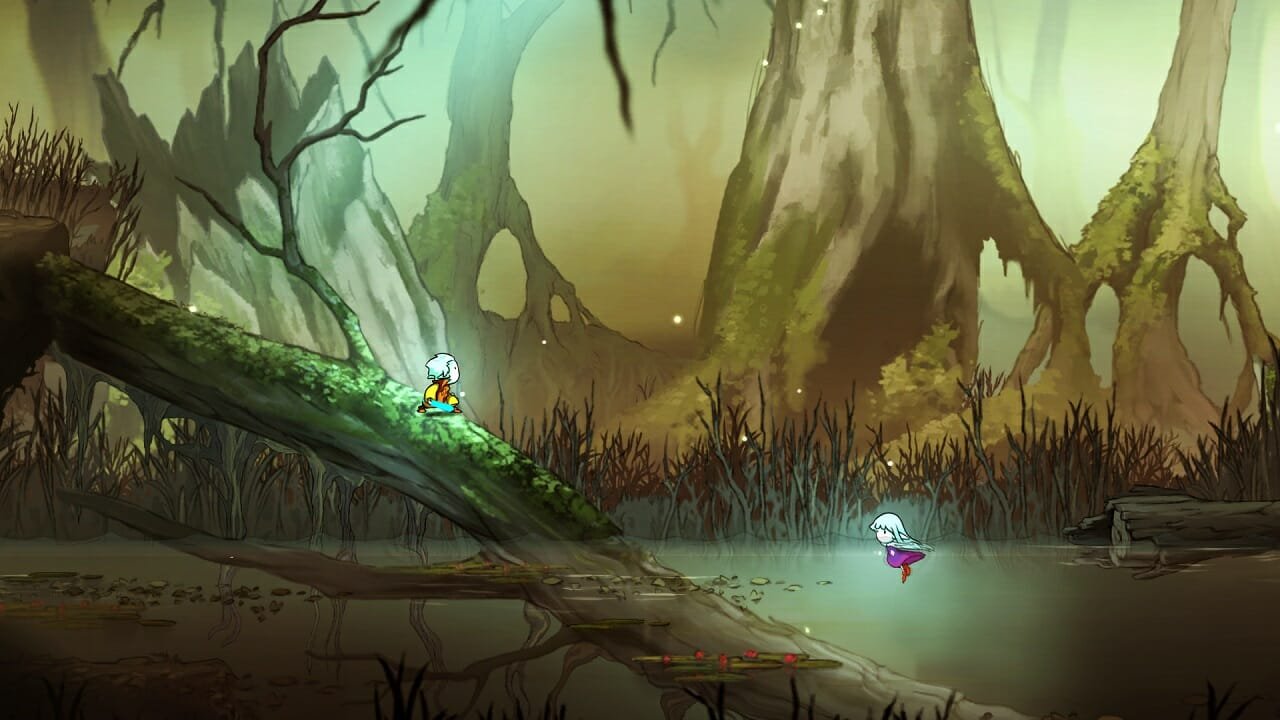 Greak: Memories of Azur features a captivating narrative surrounding the tale of a family fleeing the deadly invasion of the Urlags.

Siblings Greak, Adara, and Raydel all have their own unique abilities, which players can utilize by switching between different characters, in this hand-drawn adventure.

According to a press release, Greak: Memories of Azur features “stunning hand-drawn art” and a live orchestra soundtrack with “expressive and atmospheric music themes.”

Greak: Memories of Azur also features “specially crafted puzzles” that players will need to solve in order to navigate the world and flee threats.

It looks like it could be a fun adventure for anyone interested in a magical journey or satisfying 2D exploration and combat. Greak: Memories of Azur is about many things, but perhaps the most core message is being stronger when you’re working together. This is also emphasized through gameplay with the unique abilities that can be used together while switching between siblings.

Help the Hero find his siblings and survive the Urlags in this epic and magical tale. He has been separated from his brother Raydel and sister Adara but as you find them your power will grow stronger, making it a little easier to rebuild an airship and escape Azur safely. The striking visuals add so much life and personality to the world, despite the threat at hand.

Greak: Memories of Azur is available today for Nintendo Switch, PC (Steam and GOG), PlayStation 5, and Xbox Series X|S. Players exploring Azur on PC also have the ability to use ultra-wide monitor support on both the Steam and GOG versions. The increased field of view can surround you even further in this mysterious world. A physical release for Nintendo Switch, PlayStation 5, and Xbox Series X|S is planned for the future.