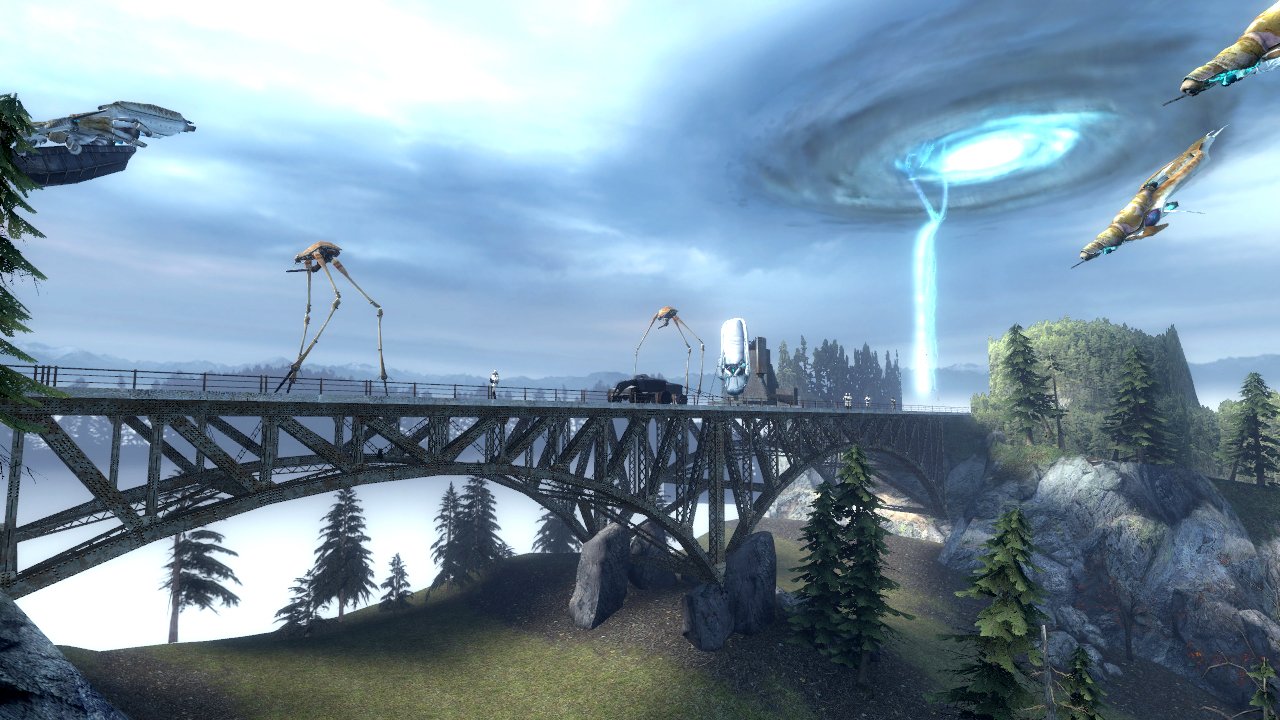 Half-Life 3 might still not be confirmed, but a former writer who worked on the legendary series has posted a possible plot summary for the nebulous title.

Former Valve writer Marc Laidlaw recently took to his website and posted a fictitious letter. what makes things interesting, is the subject matter of the letter — the contents within reads strikingly similar to a possible Half-Life 3 plot summary.

Laidlaw changed around several of the names while leaving several locations that were mentioned within the Half Life narrative present. Fans have taken his piece and “translated” it with names that reflect characters from the famed series.

Due to the overwhelming demand for anything Half-Life 3 related, Laidlaw’s website is currently down as fans have flocked to his blog. Readers wanting to check out the letter can view an excerpt below:

Gordon and Alyx head for Antarctica, resting place of the Borealis, the research ship mentioned at the end of Episode 2. They’re shot down as they approach, though, and find that surrounding the ship is an enormous Combine base, inside which the Borealis is continually flickering in and out of existence.

After an encounter with Dr. Breen—whose consciousness had been transplanted into an alien slug’s body, allowing him to survive the demise of his human body in Episode 2—Gordon, Alyx and Dr. Mossman (who you rescue from a Combine prison) manage to board the Borealis, and while there are pulled across both space and time, seeing things like the Seven Hour War, alien worlds the Combine were about to conquer and even the ship’s origins at Aperture.

Following a dispute over what to do with the ship (Mossman argues for keeping the ship, Alyx wants to honour her father’s wish to destroy it), Alyx shoots Mossman dead, and commits Gordon to a plan to drive the ship into the heart of the Combine’s “invasion nexus”.

Before it can strike, though, the G-Man arrives, speaks with Alyx and the pair depart, leaving Gordon alone to drive the ship on its suicide mission. Just as its about to hit its target, the Vortigaunts open a portal and save Gordon, dropping him on a shore where he isn’t certain of what year it is or how the war against the Combine has ended.

And…that’s where it wraps, Freeman writing “Except no further correspondence from me regarding these matters; this is my final episode.”

it should be restated that the names above have been changed to reflect characters from the game. Those interested in reading the full letter can do so by vising a pastebin copy of it.

My website’s down for now. I guess fanfic is popular, even a genderswapped snapshot of a dream I had many years ago.

Those who have been following all things Half-Life may remember that in 2012, leaked assets and concept art for what was allegedly Half-Life 3 collaborate with the snow setting in Laidlaw’s letter.

Marc Laidlaw first joined Valve back in 1990 and only just left the company in late 2016, having worked on all Half-Life titles since.