The 30-second sneak peek video features the protagonist of the game, Ajna, who is on a quest to figure out the truth behind her special powers. As Ajna journeys throughout the game, she will be joined by other heroes with their own unique abilities.

Heroes include Zebei, Razmi, and Tungar. While Zebei is an accomplished archer, Razmi is a shaman who spent every waking moment studying her powers and can use spells and hexes while in combat. The lovable Tungar may seem easy-going with his chattiness, but he is dead-focused in battle with his experience as a former military commander.

Indivisible players also get to equip an axe to not only attack monsters with, but also make their way through vines within dungeons. Adding to the combat is Ajna’s ability to fused with legendary incarnations of individuals and summon them into battle. 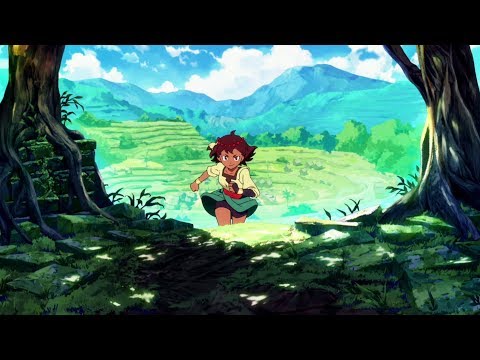 Indivisible is action-packed as players get to fight monsters in various dungeons. The world itself is beautifully drawn as well, with 2D-animation and even sound effects for its characters.

Liked this article and want to read more like it? Check out Amy Chen’s Indivisible preview article.