Kalpsyo Media, known for games such as Tropico, have put a mysterious teaser trailer for a new announcement between Kalpyso and Games Farm.

As is the nature of any good teaser, the trailer put up by Kalpyso is rather vague in terms of details. However, judging solely from the visuals, the upcoming project looks visually stunning. The upcoming title seems to be set in a high fantasy setting, with environments reminiscent of titles such as Skyrim and Diablo III. 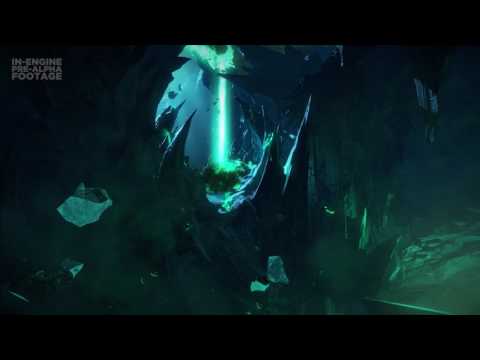 Interestingly enough, reading the video description of the uploaded teaser on YouTube, a quote by Carissia Cantrecht can be found. Carissia is a character featured in Shadows: Heretic Kingdoms, which was developed by Games Farm. The quote reads:

“An ancient proverb warns: ‘Never trust a demon, for betrayal is their very blood’.

This isn’t the first time Kalpyso media have put up a teaser for one of their titles. They pulled a similar stunt for Tropico 6, which was then fully revealed during E3 2017 in Los Angeles. It is likely that the project for the just announced teaser may get a proper reveal during Gamescom 2017, as pointed out by Neogaf user salromano.

The end of the teaser trailer for the upcoming title reveals that it will be hitting PC, PlayStation 4 and Xbox One, with the words, “Prepare for the Awakening”.

If the upcoming teaser is indeed for a game set in the Shadows: Heretic Kingdoms world, it will be interesting to see what style of gameplay the unannounced title employs. The aforementioned game played similarly to classics such as Diablo and other top down dungeon crawling affairs.

The environments shown off in the teaser trailer seemed more dynamic and less restrictive of a game that would be played from a top down perspective. However, it may also just be a creative liberty used just for the sake of the trailer. Regardless, it will be interesting to see what the game will end up being.

A release window of 2018 has been set for the unannounced title.