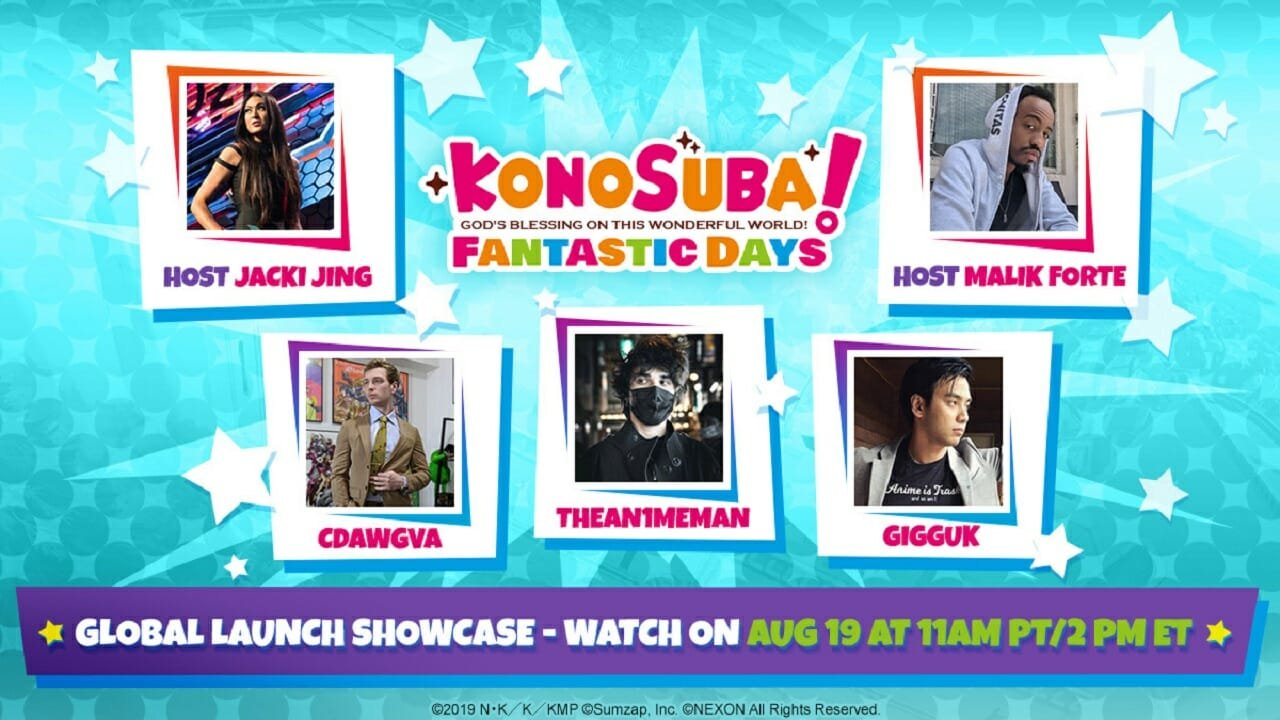 Nexon is celebrating the global launch of the game with a virtual showcase Event. The event will be on Nexon Mobile Games’ YouTube channel on the day of the game’s release.

The celebration stream will be starting on August 19 at 11 AM PDT / 2 PM EDT. KonoSuba: Fantastic Days is already quite popular. KonoSuba: Fantastic Days hit one million pre-registrations 23 days before the game’s scheduled global launch, which should come as no surprise since IT is based on a hit Comedy anime series. The series is streaming on both Crunchyroll and HBO Max. The game will be available on the App Store and Google Play

Players will be able to join their favourite characters from the show, who are all voiced by the original Japanese actors. Jun Fukushima, Sora Amamiya, Rie Takahashi, and Ai Kayano all lend their voice talents to KonoSuba: Fantastic Days. Fans can get a closer look at everything, including an in-depth breakdown of the storylines, characters, and the Arena System during the game’s celebration showcase. The event will also include content that’s never been seen before and a look behind the scenes with the voice actors Jun Fukushima and Sora Amamiya.

The event will be hosted by Jacki Jing and Malik Forte and will also include appearances by popular anime personalities such as CDawgVA, Gigguk, and TheAnimeMan. And in case you’re thinking of just jumping straight into the game, there’s another good reason to stop by and celebrate.

The event will also feature community manager tutorial segments, which will make it easier for players to hit the ground running with less resistance after starting up the game. For all the latest news on the game, be sure to visit the official website and follow the game’s accounts on Instagram and Twitter.