Accessibility has always been an issue within the gaming community, especially when talking about console gaming, which unlike the PC, generally only gives players a fixed controller without much in the means of additional control methods or inputs — It looks like Microsoft aims to address this with their latest controller, designed specifically for the disabled community of Xbox players, with the brand new Xbox adaptive controller.

Unlike a traditional Xbox controller (or any standard controller, for that matter) the new Xbox adaptive controller utilizes an array of 17 3.5mm jacks that rest on the back of the device, each input representing a button of the Xbox One controller which allow connecting devices such as large switches, paddles and other custom tailored controllers directly to the adaptive controller. 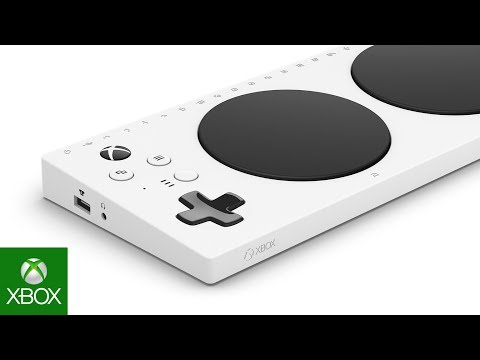 The most important and key aspect of the adaptive controller is that it allows custom input devices to be directly connected to the Xbox via the adaptive controller — for many disabled players who can’t use a standard controller, they often have to rely on the support of third-party vendors, often times even having to get a highly specialized setup that caters to the individuals needs, which, unfortunately often meant major compatibility woes when paired with a console, due to things such as firmware updates breaking compatibility.

In an interview with Polygon, Navin Kumar, director of product marketing at Xbox, when talking about designing the Xbox One Elite controller in 2015, stated, “The first learnings we had about accessibility, we didn’t do that in as intentional of a way. We kind of learned about it as a secondary consideration. “

“We designed the controller to work around ecosystems that exist today, with peripherals that people who have limited mobility may already own today,” Kumar added, when asked about the design philosophy behind the new adaptive device.

Realizing the accessibility concerns that some Xbox players had, coupled with the insight gained from crafting their premium controller, Microsoft in 2015 began to build prototype controllers that would be the basis for the Xbox adaptive controller — refining it over the years by making sure that the device would be compatible with existing devices and familiar to disabled players in terms of compatibility with custom switches and other inclusive input mechanisms. In a 2016 Hackaton, Microsoft came together with several designers and finalized the design of the adaptive controller.

AbleGamers program director, Craig Kaufman commented on Microsoft’s new inclusive controller, stating, “For a very long time, we were advocating that everyone should be able to play video games, and seeing Xbox make a device like this is showing that, from the top level, Xbox [is] going, ‘Yeah, everyone should be a part of the awesome thing that is video games.’ ” 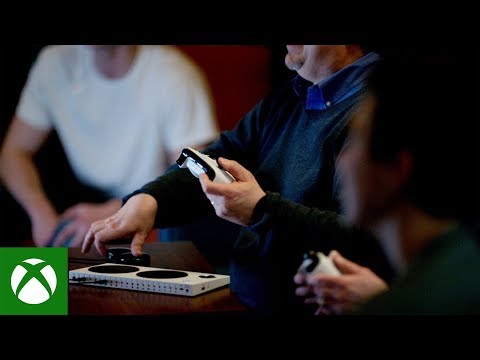 No release date for the Xbox adaptive controller has been announced at this time, but fans should expect to see more of the device at E3 2018, which will take place from June 12th to the 14th.

Liked this article and want to read more like it? Check out Jed Whitaker’s Review of Sea of Thief’s

CGMagazine is Canada’s premiere comics and gaming magazine. Subscribe today to get the best of CGM delivered right to your door! Never miss when a new issue goes live by subscribing to our newsletter! Signing up gives you