Microsoft Surface Event: All The Announcements

Including the Surface Pro 8, Duo 2, Laptop Studio and more 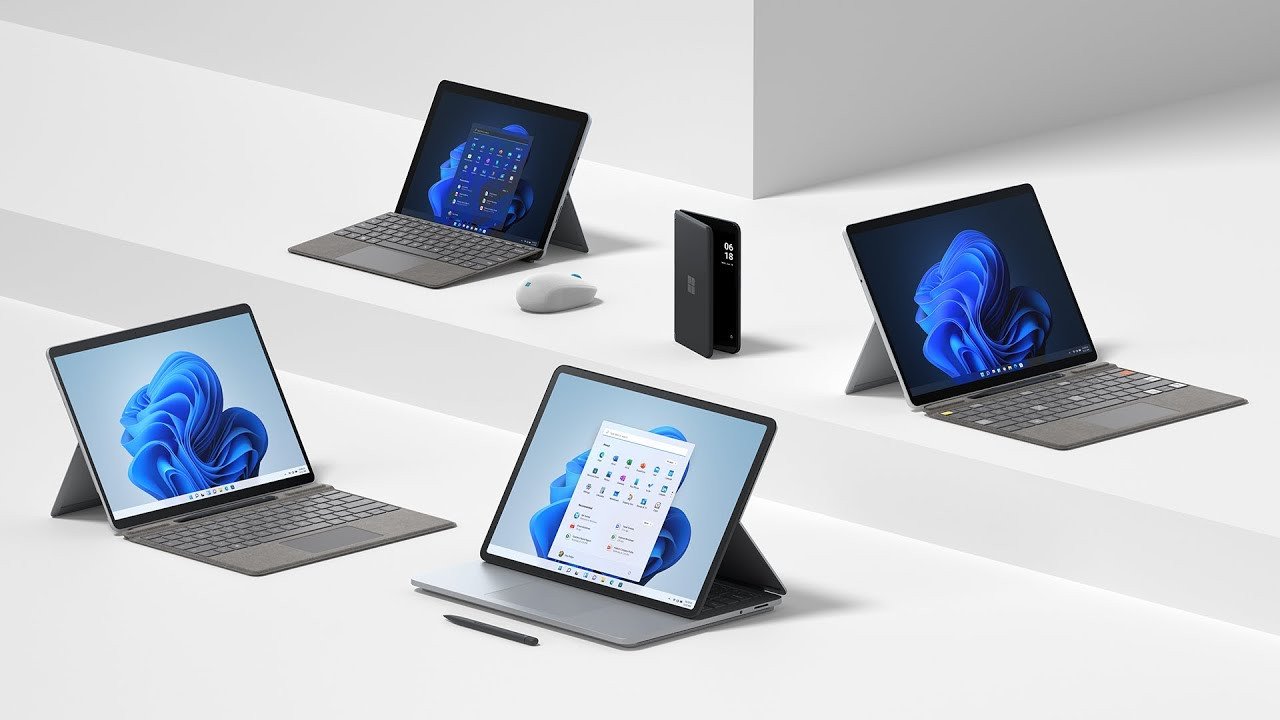 Microsoft just finished wrapping up its Surface event, the tech company showed off a lot from its upcoming lineup.

The streamed digital event kicked off with the reveal of the Surface Pro 8 which is a major redesign to the company’s popular Pro lineup. The device features thinner bezels on the sides of the device, a 13-inch touchscreen display, two Thunderbolt 4 USB-C ports, no USB-A ports, and more. It also comes with and supports the new Surface Slim Pen 2, which features built-in haptics designed to give users more tactile feedback as they use it while using it during tasks.

Following that announcement was the announcement of Microsft’s newest entry in its low-end Surface line, the Surface Go 3. The device is a lot like its predecessor as the Surface Go 3 has the same 10.5-inch 1920 x 1280 display, cameras, speakers, ports and dimensions. The one aspect of the Surface Go 3 that isn’t the same is that it will come with a new Intel processor which will be about 60 percent faster than Surface Go 2’s.

After that, Microsoft announced the company’s new eco-friendly mouse, the Ocean Plastic Mouse which is from 20 percent recycled ocean plastic; the packaging of the device will be 100 percent recyclable. The announcement of the device follows the company’s August 2020 pledge of pursuing a goal of zero-waste operations by 2030 and put an end to the use of single-use plastics in packaging by 2025.

Next, Microsoft is focusing on accessibility, which is a welcome section to the event. The company announced the Surface Adaptive Kit which is an accessory package that is described to make Microsoft’s range of laptops and tablets more accessible to people with disabilities. The kits will feature keycap and bump labels, making it easier to identify important keys as well as find ports and cables.

Getting close to the end, but before that, Microsoft announced its second attempt at its Android-folding phone that emphasizes multitasking, the Surface Duo 2. The foldable device is an improved design over the original which includes highly requested changes including lightning-fast 5G speed, a triple-lens camera system and a way to tell how much battery life is left when closed.

“Owners of the new Surface Duo 2 and first-generation Surface Duo will be able to experience optimized versions of Modern Combat 5, Asphalt 9: Legends, and Dungeon Hunter 5 that gives gamers an awesome dual-screen gameplay experience,” Microsoft said in a statement.

As the final announcement of the show, Microsoft ends on a high note with the announcement of Microsoft’s newest flagship laptop and the evolution of the Surface Book, the Surface Laptop Studio. The device is a total redesign that ditches the idea of a removable display in favour of a hinge that easily transitions the device into three modes – workstation, stage and studio.

The Surface Book successor features a 14.4-inch PixelSense Flow display at a 2400 x 1600 resolution that supports up to 120Hz and Dolby Vision. It also features Intel’s quad-core 11th Gen Core i5 or Core i7 processors. The device’s graphics hardware depends on what processor you go with, for i5 models it ships with Intel Iris Xe graphics while i7 models will get Nvidia’s RTX 3050 Ti GPU with 4 GB of VRAM.

All products featured in the Surface event are currently all available to preorder before they release this October.