More details have emerged regarding the proposal from an American politician to enact laws involving loot boxes in video games.

In November, Hawaii House of Representatives member Christopher Lee spoke out against EA and the company’s practices with loot boxes and micro-transactions in Star Wars Battlefront 2. The video highlighted a number of supporters behind Lee’s cause, explaining how EA is trapping children in a cycle of underage gambling. Lee uploaded a new video this week, explaining some of the processes behind creating the new law while providing a basic outline of what it will entail. 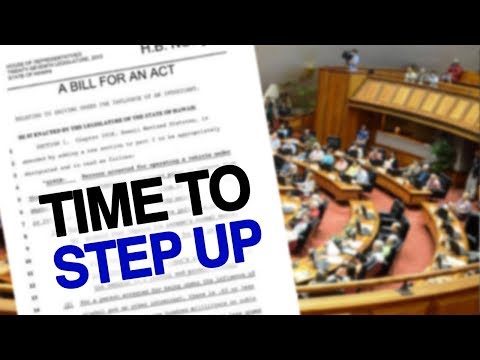 Christopher Lee’s proposal will prohibit the sale of video games containing any “gambling mechanisms” to anyone under the age of 21. This includes not only games sold at retail but also games sold digitally on platforms such as Steam. The new law will cover any game that involves players purchasing a “percentage chance” to unlock an in-game item.

Lee is also looking into investigating what goes on behind the scenes with the publishers of such titles. If everything goes according to plan with the new law, publishers will be required to reveal the drop rate odds for offered loot boxes.

So far, Lee’s efforts have been met with positive feedback. Legislators from other states have already offered their support for the proposal. Lee is currently seeking the support of gamers, asking them to write to their elected officials in order to express their concerns.