Another series set in the Marvel Cinematic Universe is on its way to Netflix, and a new trailer has just dropped. Marvel’s Iron Fist, or Iron Fist for short, is launching on Netflix on March 17. The latest trailer fills fans into a bit more of the backstory and action that will accompany Danny Rand when he returns to New York this spring. 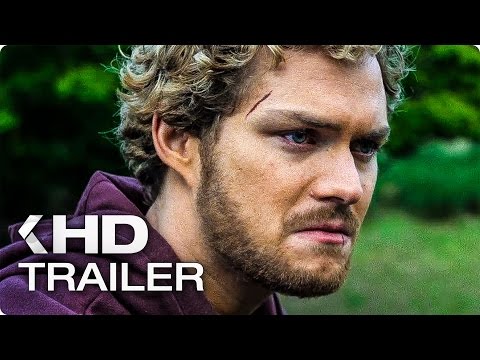 In the series, Iron Fist comes back to Manhattan after losing his family in a plane crash fifteen years ago. Rand, who has practiced martial arts in K’un-Lun and can call upon the Iron Fist’s enormous powers to do battle, realizes that he must grapple with Rand Enterprises’ Ward Meachum, as Danny’s return begins to unsettle Rand Enterprises. Lots of action, suspense and drama results.

Filmed in New York City, Iron Fist‘s on-location work began April 2016, and ended in October. The series is tied into the same universe as the Marvel films and shows, such as Jessica Jones, Luke Cage and The Avengers. Thirteen episodes are planned, all of which launch on March 17, 2017, and a second season may result if the first is popular enough. That would most likely be in 2018, though, after The Defenders is released later this year.

Suffice to say, the Marvel Cinematic Universe’s Netflix appearances have been incredibly popular. Daredevil originally brought the Cinematic Universe to Netflix with its first of two seasons in 2015, followed by Jessica Jones and Luke Cage as spin-offs. The Punisher is set to launch sometime in 2017, after filming began in New York during October 2016, but no official date has been set yet. And with a possible second season for Iron Fist under consideration, it seems Netflix is an excellent platform for Marvel fans to subscribe to right now: especially thanks to the number of series headed to the service in 2017.

Annie Wersching, Tess From The Last Of Us, Dies At 45