During Nintendo’s E3 2017 Tree House event, the games company unveiled Metroid: Samus Returns for the Nintendo 3DS. The game will be hitting store shelves and the Nintendo 3DS E-Shop on September 15, 2017, and is being developed by MercurySteam.

Nintendo’s E3 2017 Direct had already surprised fans with the announcement of Metroid Prime 4, for the Nintendo Switch, however, it seems Nintendo is trying to appease fan, by playing catch up to the long dormant franchise by announcing yet another Metroid title, this time for the Nintendo 3DS.  Samus Returns, from the trailer shown during the Tree House event, appears to be a remake of the 1991 GameBoy Classic: Metroid II: Return of Samus, which was a direct sequel to the original Metroid for the NES. 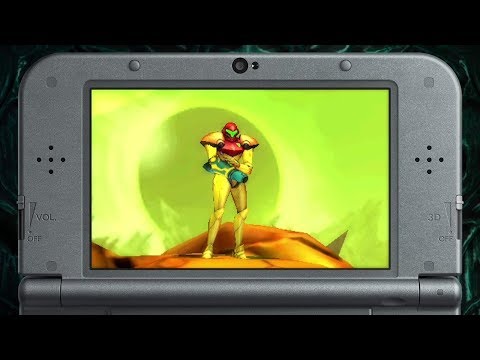 The new title sees the return of the 2D gameplay style that the old school Metroid games innovated with back in the days of the original Nintendo and Super Nintendo. The new title looks as though it will be using a 2.5D approach to game design, capitalising on the 3DS’s hardware capabilities while still maintaining that classic ‘Metroidvania’ feel that the series is renowned for.  Metroid II: The Return of Samus tasked players with exploring the titular Metroid’s home planet, code-named SR88, with the sole task of eradicating every last Metroid spawn that resided on the strange planet.

The trailer for the upcoming Metroid: Samus Returns, seems to feature various evolutionary stages of the Metroid species, from the classic, Facehugger inspired Metroid larvae to the Alpha, Gamma and Zeta stages of the alien creature. Additionally, the trailer showed Samus using her Grapple Beam upgrade, an add-on for her arm cannon that allows her to traverse large gaps and other environmental pitfalls. Interestingly enough, the grapple upgrade was something that was absent from the original GameBoy title, meaning if Samus Returns on 3DS is indeed a remake, expect it to expand on the original and change things up once it launches on Nintendo’s handheld.