Anyone who pre-orders the sequel, Total War: WARHAMMER II, or buys it within the first week of launch will receive The Norsca Race Pack completely free of charge.

The Norsca Race Pack will be playable in Total War: WARHAMMER on August 10.

Hailing from the frozen Norsca peninsula settled between the Chaos Wastes and the Sea of Claws, barbaric tribes serve the dark gods in different ways. Hunting and pillaging, these barbaric tribes strive to prove their primal might. Hardened by blizzards and the dangerous beasts of the frozen wilderness the Norscans exist only to lay waste. Check out the trailer for these barbarians below. 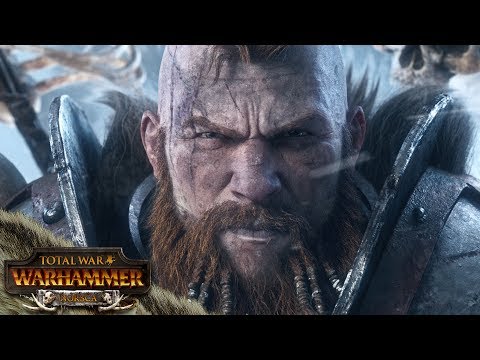 Players will be able to play as two new factions, the marauding tribes of Norsca and Wintertooth, when the DLC launches. Each of the factions comes with a new Legendary Lord: Wulfrik the Wanderer and Throgg, King of the Trolls.

The Norsca are master hunters and players will be able to feel like one when they play as them. After unlocking the Monster Hunter skill players will gain access to the Monstrous Arcanum. This tome is lined with the mightiest beasts and monsters that roam the world. Once unlocked, players can then embark on multi-stage quests which culminate in battles with the ferocious monsters. Once defeated, they can bestow players with trophies to equip onto their characters or be broken and recruited for use in battle.

Shortly following the launch of Total War: WARHAMMER II, a gigantic update with being released for owners of both games. The free update will include a combined campaign that will allow players to conquer the Old World and the New. This campaign can be completed as any race from both games and any owned DLC Races. You can read our opinion of Total War: WARHAMMER here.

For more info on the Norsca Race Pack check out the Steam Store page, here.

UPDATE: The Norsca Race pack is not pre-order exclusive and will also be available as a separate purchase within the first week of launch.