During an interview with Shacknews, Palmer Luckey, the founder of Oculus, explained why development for Mac support is on ice for the foreseeable future.

Luckey says, “That is up to Apple. If they ever release a good computer, we will do it.” He went on to explain that since Apple no longer prioritizes strong GPUs, even their top of the line computers aren’t able to handle the specs outline for his VR machine.

But that doesn’t mean it can never happen. “If they prioritize higher-end GPUs like they used to for a while back in the day, we’d love to support Mac. But right now, there’s just not a single machine out there that supports it.”

Looks like Mac users will sadly, be left out of the virtual reality fun for now.

The full interview is viewable below. 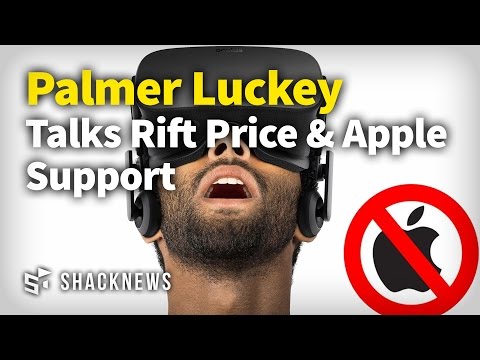