Okami HD Set For 4K Remaster For PlayStation 4, Xbox One, And PC

The Okami HD remaster will sport resolutions up to 4k and will be available both physically and digitally on PlayStation 4 and Xbox One, with a digital-only release on PC.

4k resolutions should bolster the already beautiful looking game to new heights. Okami utilizes a stunning painterly aesthetic inspired by traditional Japanese Sumi-e art. Players assume the role of Amaterasu, a powerful Japanese Sun Goddess who has taken the form of a legendary white wolf while on a quest to defeat the evil Orochi.

Aside from the unique cell shaded art style, Okami allows players to engage in battles through the use of the Celestial Brush, a legendary magic imbued paintbrush turned weapon. Attacks are done through simple button presses, however, thanks to the Celestial Brush, every animation is fluid and visually appealing, with explosive inky blotches and swipes of paint-fuelled fury that helps break up the otherwise fauvist landscape.

Okami originally released on the PlayStation 2 all the way back in 2006. Since the original release of the game, Okami has seen several re-releases beginning with the Nintendo Wii and most recently with an HD remaster on the PlayStation 3 in 2012. Okami also received a direct-sequel on the Nintendo DS, the game was known as Okamiden and was released in 2010. 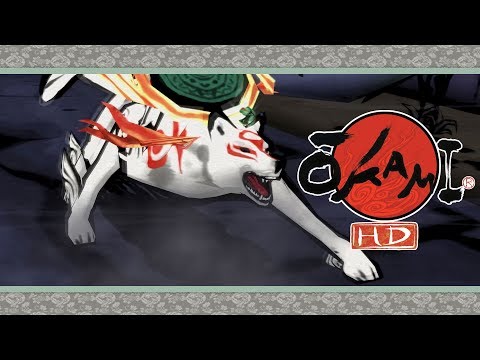 Interestingly enough, the Wii release of Okami got extra attention by both the press and fans alike, as the North American cover of the release had an IGN watermark that could be visible near Amaterasu’s face. Thankfully, Capcom was quick to admit to the error and offered consumers free replacement prints that omitted the IGN watermark.