Pagan Online just revealed its announcement trailer and is calling forth players to sign up for its pre-launch tests.

The action role-playing game takes place in a world where the Gods are gone and dark forces are tearing apart the souls of the weak. The player is one of the Chosen, whose quest is to fight for the fate of the world. Throughout their journey, they must forge powerful artifacts, discover secrets, and duke it out against multiple enemies.

Players get to use their strategic know-how across different in-game environments. This is in addition to multiple difficult levels, replayable missions, as well as a single player mode that will get updates and expansions.

Pagan Online is developed by Mad Head Games and published by Wargaming.

“Mad Head Games are passionate, talented, and have a ‘go broke’ mentality to do whatever it takes to make their game as awesome as it can be,” Jacob Beucler, the Product Director at Wargaming, said.

“We’ve taken Mad Head under our wing because this mentality reminds us of the early days at Wargaming when we put everything we had on the line to launch World of Tanks,” he continued. “Pagan Online is one of Wargaming’s most exciting opportunities yet — we’re helping bring these devs’ passion and skill to PC gamers everywhere.”

Uros Banjesevic, the co-founder and creative director at Mad Head Games also added that his team has modernized top-down combat in action role-playing games by taking a close look into MOBAs.

“It’s a thrill to finally be able to share this game, the product of our blood, sweat, and tears, with the world!” Banjesevic added. 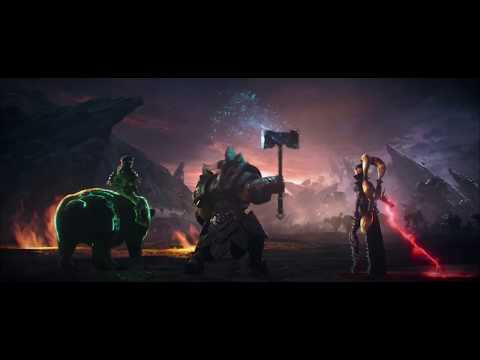 Pagan Online is scheduled to launch on PC in 2019. Players who are interested in the game’s pre-launch tests can sign up for them here.