Take the PHOGS! For A Walk December 3

Every dog will have its day 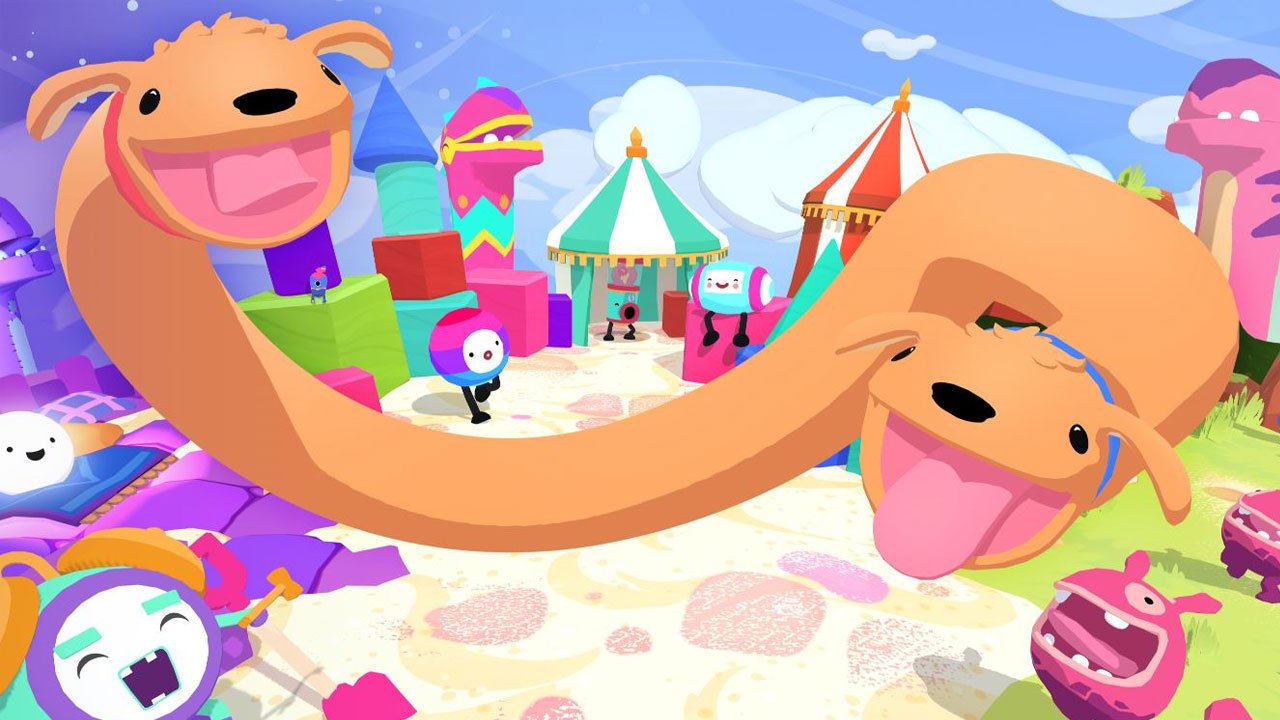 Get ready for a unique family-friendly romp through the cartoonish world of PHOGS! from Coatsink, a “double-ended doggo adventure” headed to consoles and PC next month.

From debut developer Bit Loom Studios, PHOGS! is a puzzle-filled adventure where players assume the roles of Red and Blue, “the goodest of doggos.” These pups are linked by a stretchy belly and must work together to “bark, bite, and bounce” through 24 levels, either in single-player or co-op. Online and couch co-op are both supported.

The game’s aesthetic seems to blend elements of LittleBigPlanet and Untitled Goose Game with the bright, vibrant palettes of Fall Guys: Ultimate Knockout. Levels are split into three groups: Food, Sleep, and Play, with challenges and mechanics tailored to those themes. Red and Blue will need to work together to manipulate objects and other inhabitants of the island-like toybox environments.

Among other things, the new trailer shows the conjoined pups chasing trains, launching slingshots, having eating contests, and opening gachapon capsules. A later scene shows the pups taking sleeping creatures out of a bed and rousing a stork-like guardian. Touted as a family-friendly romp, PHOGS! looks like fun for gamers of all ages — so long as co-op players can agree on which way to steer.

Bit Loom Studios is a UK-based team of “three friends who love making strange games to surprise and delight players.” They have prior experience developing for PC and PlayStation VR.

PHOGS! will be “ready for walkies” on Switch, PlayStation 4, Xbox One, Xbox Game Pass for Console and PC, Steam, and Stadia on December 3. Backwards compatibility with PlayStation 5 and Xbox Series X|S is confirmed.