A Crafty Cut and Paste Platformer 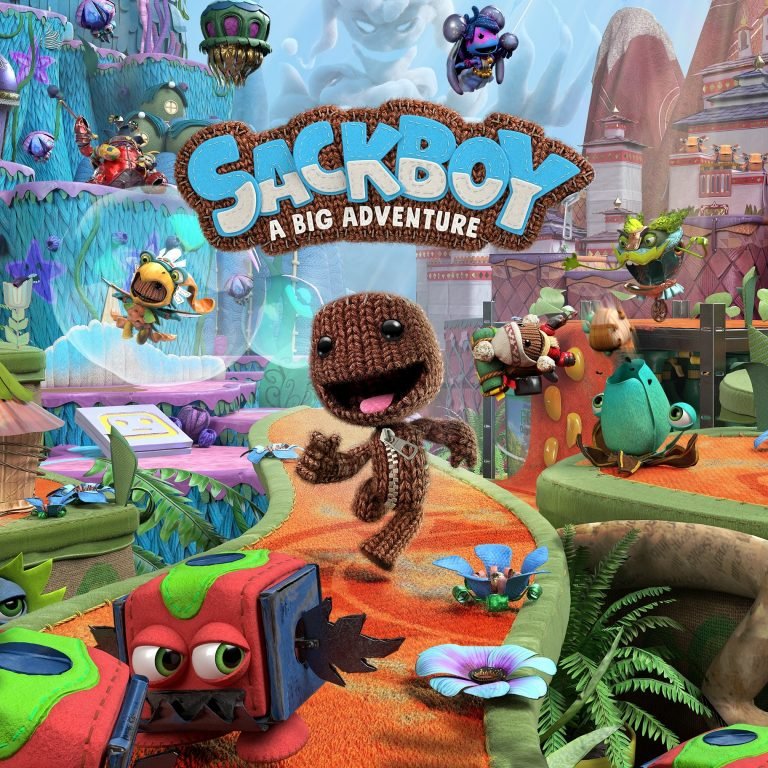 LittleBigPlanet and its subsequent sequels, including the PlayStation Vita iteration, were some of my favourite PlayStation exclusive experiences over the years. When the opportunity arose to check out the PlayStation 5 version of Sackboy: A Big Adventure, I was curious to see just how well the series would translate over into a more, traditional platforming experience.

Fortunately, Sackboy: A Big Adventure is a fun launch game that borrows elements from its predecessors in a new package that feels a little familiar but ultimately still fun for both newcomers and veterans alike.

Unlike LittleBigPlanet, Sackboy: A Big Adventure is a more of a story-driven experience, one curated by the developers rather than on user-created content. Those wanting to scratch their creative itch can still deck-out their sack person with an assortment of costumes, both full sets or individual pieces that can be found strewn around the levels.

As mentioned earlier, Sackboy: A Big Adventure is more of a traditional platforming experience, with the game split up into five distinctly-themed worlds with over a dozen levels present in each. Around ten or levels within each world are your typical run to the end affair, while the rest are reserved as bonus stages, and co-op only challenge levels that spice things up from the rest of the game.

Unlike LittleBigPlanet, levels in Sackboy: A Big Adventure are fully 3D and not restrained to a 2.D plane, making it closer to something like a Mario game, or Media Molecule’s Tearaway Vita and PlayStation 4 title. Like its arts & crat inspired world, A big Adventure seemingly borrows and hodgepodges together the best elements found in other platformers and creates something that although, may not feel wholly original, still offers up a good time for fans of the genre.

Sackboy: A Big Adventure will please younger audiences or those who perhaps grew up with the original LBP and now have kids of their own, as Big Adventure exudes a kid-friendly cartoon-like charm that permeates the entirety of the game. From the title itself, which looks like it was inspired by the Uncrustables kid-approved snack brand by Smuckers, to Sackboy’s newfound childlike voice. Sackboy: A Big Adventure adequately checks all the boxes that make for a fun game for kids.

One area the game does fall short, is in regards to the voice acting, or rather the lack thereof. Some dialogue is indeed voiced, but for the vast majority of the game, particularly in between worlds, the title lacks any sound whatsoever. A reliance on gibberish or a made-up language would have been welcome as the lack of sound entirely cheapened an other high-quality experience.

The story in Sackboy: A Big Adventure positions Sackboy as a brave knitted-warrior tasked in freeing his friends from the evil Vex, who aims to turn Craftworld into his own twisted version of reality using something called the Topsy Turver. In essence, Sackboy: A Big Adventure is a kids game with a simple but engaging story that should keep younger audiences entertained while giving enough of an impetus to see things through to the end.

Graphically, Sackboy: A Big Adventure looks the part, with each object and material present in Craftworld featuring a realistic texture that looks as if it was ripped straight out of someone’s craft kit. Additionally, the PlayStation 5 version of the game, thanks to the inclusion of the new Dualsense controller, further creates a realistic sense of place, as each surface in Sackboy: A Big Adventure has a unique feel and sound when walking across it, which can be felt through the Dualsense controller’s haptic feedback and built-in mic.

Although not imperative to the experience, the Dualsense controller of the PlayStation 5 more than justifies the next-gen version of Sackboy: A Big Adventure. Finally, for those who like collect-a-thons will likely appreciate the PlayStation 5 version of the game, as the inclusion of activity cards helps organize and make tracking missable. collectables feel intuitive and easy.

At the end of its yarn, Sackboy: A Big Adventure is a fun romp through a craft-inspired world that feels as if it was cut from the same cloth as something like Yoshi’s Crafted World, rather than LittleBigPlanet, however, this is not a bad thing, especially for those looking for a traditional platforming experience. Sackboy: A Big Adventure is a content-rich platformer that can be enjoyed by anyone regardless of age and is a worthy addition to the PlayStation 5 launch line-up.

Sackboy a Big Adventure like it's craft-inspired world melds together elements of classic platformers in a fun and approachable package that feels both familiar and different enough to warrant the price of admission.
REVIEW SCORE
7.5
File Under: Game Review, Little Big Planet, PlayStation 5