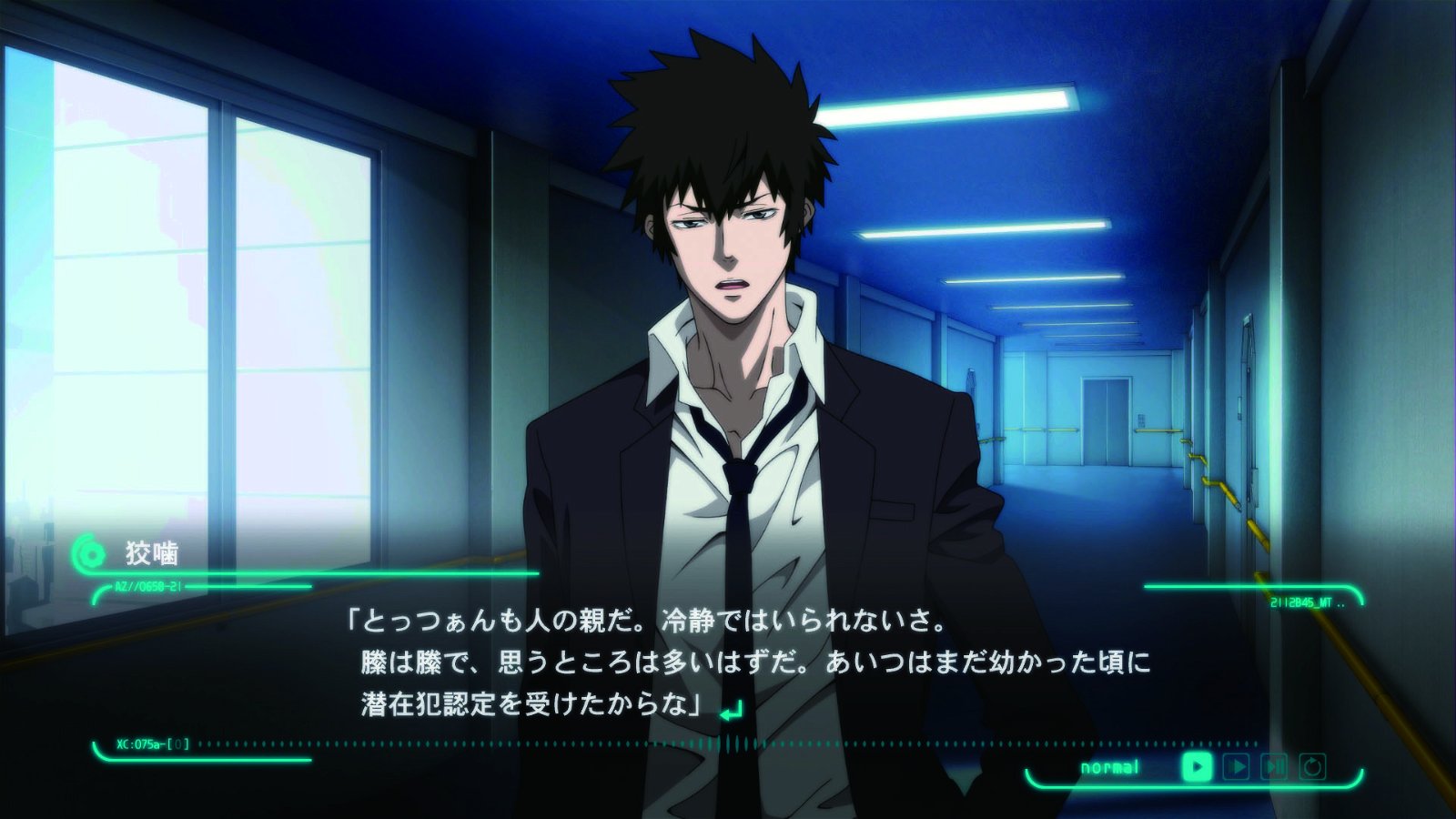 Psycho-Pass place in the dystopian future where members of society are subject to brain scans that detect the person’s mental stability and likelihood of criminal activity. These are represented by hues that convey a person’s stress level and their crime coefficient, a number value that determines their criminal capacity. The Sibyl System, a huge computer network, manages the processing and storage of all this data. This information is then used for law enforcement, which has been separated into two tiers. There are enforcers who are responsible for the dirty work of tracking criminals and potential criminals and then there are the inspectors, whose job is to manage the enforcers.

Thanks to NIS America, fans of the sci-fi anime can get their hands on the licensed title produced by 5pb. Mandatory Happiness allows players to take control of the two new members of the MWPSD, Nadeshiko Kugatachi, a calm inspector with wiped memories and her enforcer, Takuma Tsurugi, a hothead searching for a childhood friend.

The game promises that the decisions made by the player will have large repercussions and have lasting effects on the story. There are multiple endings and depending on your choices, you can end up leaving cases unfinished and even end the game early as a result.

With help from the creator of the anime, Gen Urobuchi for the scenario planning, the two new protagonists face off against a new villain, Alpha.

When it was released in Japan, Famitsu gave the game a 32 out of 40 however it seemed to have been a flop in Japan, most likely due to its Xbox One exclusivity. Look for Mandatory Happiness this fall on PS4, PS Vita and PC.