Just one short month after it was revealed at GDC and Pax, Reservoir Dogs: Bloody Days has received both a cinematic trailer and official release date.Publisher Big Star Games and Lionsgate unveiled a trailer for the game that confirmed it would be launching on Steam on May 18, 2017.

While it is only slated to be released on Steam on May 18, 2017, later in the year it will make its way onto the Xbox One console. The brand-new trailer does a superb job of conveying the biggest gameplay mechanic of this game, the “Time Rewind” feature. Much like the dagger from the Prince of Persia trilogy, this allows the player to rewind time to achieve a greater outcome of the current situation. The inclusion of this mechanic will add so much depth and strategy to this game. 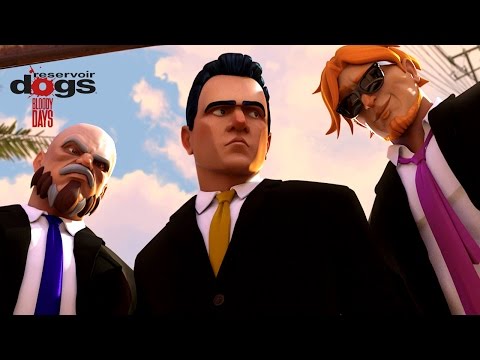 Shot from a top-down perspective, this shooter entails the player to traverse through 18 different levels. All sorts of heists will be planned and executed, including in nightclubs, docks, and banks. For fans of the original movie, it even stars the six legendary characters that made the movie a success. In addition to that, the game is based on the film and will give players a chance to re-live the cult classic through their own unique ways. Although, the trailer indicated that it will do enough to distinguish itself from the film, as well.

Be warned, though, the trailer entails a very violent experience. It truly looks like it will deserve the mature rating it has received. However, it appears to be an adrenaline-filled extravaganza that will constantly keep players on their toes. On the Steam page and the trailer, there was no indication of what players must pay to enjoy Reservoir Dogs: Bloody Days.