Katsu Entertainment just announced that Sausage Bomber is now out on PC and Mac through Big Fish, itch.io, and Humble Bundle.

“After working together as game development professionals for nearly 15 years, Sausage Bomber is our first original, wholly-owned product, and something that the team is very happy to be able to share with the world,” Stéphane Imbert, the found of Katsu Entertainment and the director of development, said. “We’re excited to bring Sausage Bomber, a game that’s kept us and so many fans laughing, to Mac and PC.”

In Sausage Bomber, players attack their enemies with hard-hitting hot dogs, a hellish storm of haggis, some killer kielbasa, and even a maelstrom of cured meats.

One of the key features includes strategically timed clicks that drop sausage bombs on the enemies, resulting in physics-based chain reactions that fling enemies across the screen. The game also has 128 missions where players can defeat enemies and become their ‘wurst’ nightmare.

In addition to these missions are unlocks that come with more playtime, as well as planes that rain death from above. BBQ air warfare has never been so delicious, and players can relish in this with Sausage Bomber. 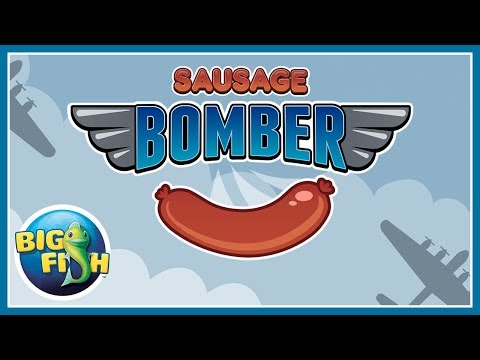