SEGA has confirmed that the Shenmue I & II HD remaster will be releasing August 21, 2018. The original story can be read down below, along with a new trailer, confirming the release date.

Shenmue II & II HD will be available August 20th, according to a new posting on the Australian Microsoft website. First announced back in April of this year, the Shenmue HD collection promises to give both longtime fans and newcomers the best way to experience the beloved franchise before the release of the highly anticipated third act. 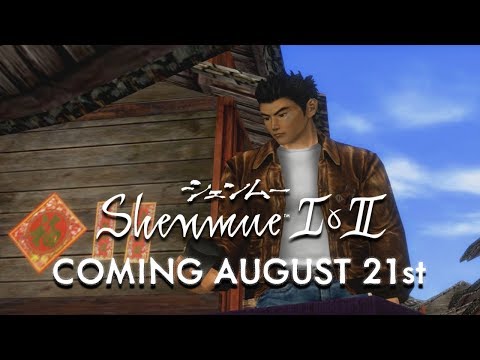 SEGA has stated that the Shenmue I & II HD remaster will boast some cool, new features, such as the ability to scale the resolution, swap between the original Japanese master with the English dub and finally, updated controls that give the player the option to choose between classic and modern.

It is rather fitting to see the release date for the remastered games to be announced through a Microsoft listing, as the last Shenmue title to release in North America, was all the way back in 2002, on the original Xbox console, with the release of Shenmue II.

Shortly after posting the story, SEGA officially confirmed that the Shenmue I & II HD remaster will indeed be releasing August 21, 2018.