Sonic Forces to Include a Character Creator

Sega has revealed that Sonic Forces will include a character creator for players to create their own unique anthropomorphic hero in the upcoming game.

The customizable hero character was revealed in the latest trailer of the game, which showed Sonic and Classic Sonic take on a giant robot, presumably crafted by the evil Dr. Eggman. The duo was accompanied by a third character which was depicted as one of the many possible custom characters that can be created in Sonic Forces. 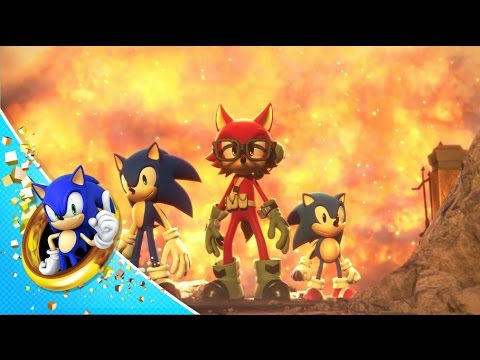 The trailer also showed glimpses of the character creator in action, which will feature seven different animal types to choose from which will also have unique abilities and stats. The animals include:

Hedgehogs- Allows rings to be collected upon getting hit or damaged

Dogs- Respawns with 5 rings upon death

Cats- Maintains one ring even after being hit or damaged

Aside from the abilities associated with each unique animal class, the trailer also showed gadgets and tools used by the custom character, such as flamethrowers and grappling hooks, it is unclear if these items will be locked to specific animals or will be something that can be equipped by anyone.

Sonic Forces is set to release sometime later this year for all major consoles and PC.