Sonic Mania Plus on the Nintendo Switch is now the highest-rated Sonic game in 25 years.

With a 90 Metascore on Nintendo Switch, Sonic Mania Plus is now the highest-rated Sonic game in 25 years.

Thank you for being there with us, every step of the way. pic.twitter.com/tRhE8rWYNU

The game not only gives players a nostalgia kick, but has several new features to add on to the original’s already high replayability. For instance, Mighty the Armadillo, who is known to be part of Knuckles’ Chaotix, gets added to Sonic Mania Plus and he has a dive-bomb attack to annihilate enemies. Meanwhile, Ray the Flying Squirrel can reach high locations, allowing for more exploration.

Of course, Sonic, Knuckles, and Tails can race through the re-imagined classics and the new Zones. While Sonic has a new Drop Dash, Knuckles can use his climbing abilities to go against Eggman’s robots. As for Tails, he gets his classic flight ability to help discover new secrets and hidden paths.

Sonic Mania Plus adds to the variety in gameplay and play-style with character switches available at every level, as well as the Competition Mode that lets a party of four play the game. 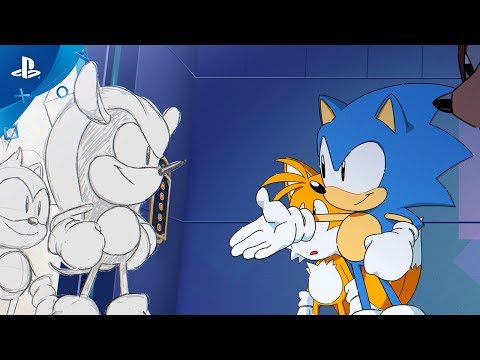 The game has a Metascore of 90 on Nintendo Switch, and CGMagazine did a review on it, which was featured in the Sonic the Hedgehog official Twitter.

Liked this article and want to read more like it? Check out CGMagazine’s review of Sonic Mania Plus.