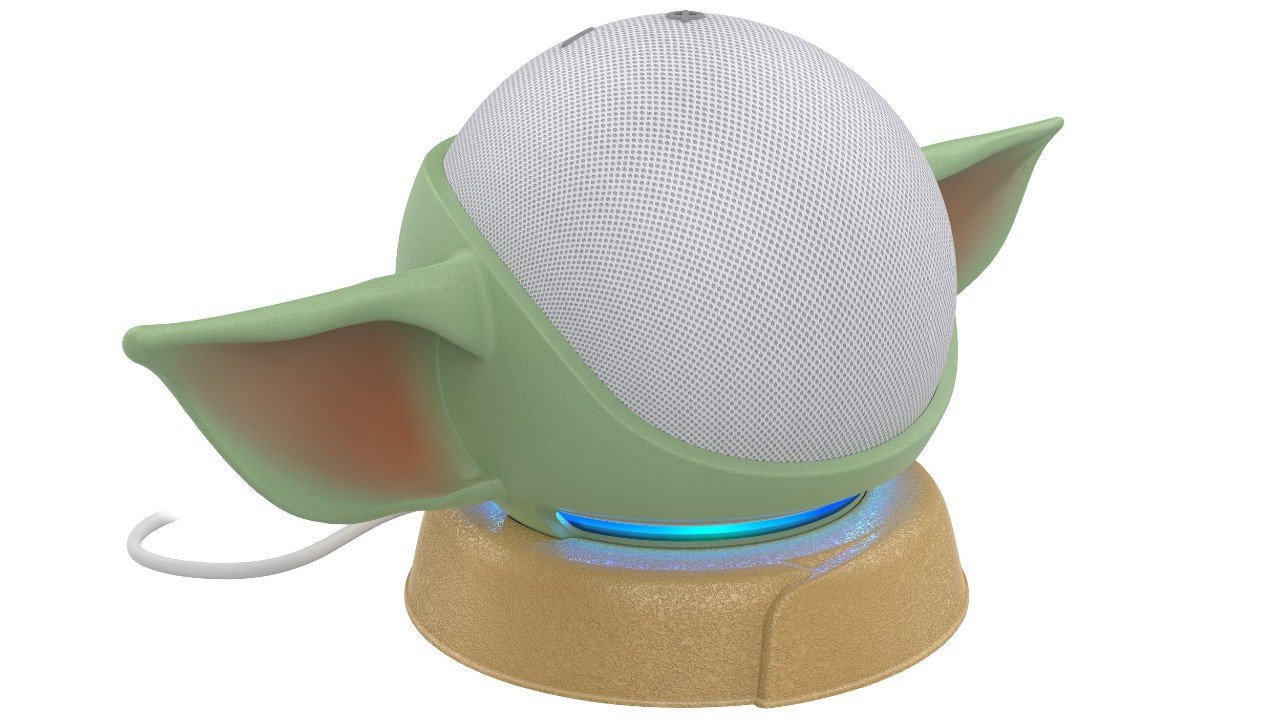 The Amazon Echo Dot is getting a Star Wars upgrade for fans who want to speak Baby Yoda rather than Alexa.

Personally, I would love to see Baby Yoda’s face so it feels like I’m talking to Grogu rather than Alexa, but that’s neither here nor there. While the stand doesn’t improve the functionality of the Amazon Echo Dot, it does make you feel good having more of Baby Yoda in your life. That isn’t the only Star Wars gadget fans can get their hands on it.

The one main constant in any movie in the Skywalker saga is R2-D2, so if you like one of the best droids in the series and love kitchen gadgets, then this might be for you. Just in time for Star Wars day, Instant Pot has announced its launching a Star Wars-themed multi pressure cooker that is made to look like R2-D2. This pressure cooker that might hook hungry Star Wars fans can hold up to 5.7 litres and allows you to cook up to five dishes at once. It also features a 13 one-touch smart programs for owners to set and forget while cooking as a sauté pan, steamer, slow cooker, rice cooker, food warmer, and yogurt maker.

“Costing under £100, the R2-D2 Instant Pot can turn any scruffy nerf herder into a kitchen Jedi Master able to provide delicious meals for friends and family this summer,” the product description says.

So it seems whatever you collect, you’ll be able to do it in style with Star Wars gear this May 4th.