Terraria Releasing on Wii U This June

Wii U owners rejoice; the side-scrolling sandbox game Terraria is coming to to your console June 2016. Wii U may be one of the last consoles to get the Terraria treatment, but it certainly isn’t least.

Terraria publisher 505 games announced the long-awaited Wii U Edition of the 2D adventure game through a blog post on their website, which included a spiffy new launch trailer: 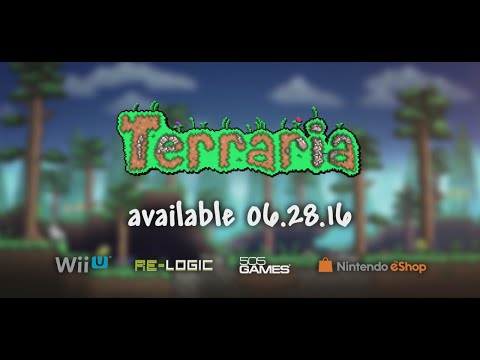 In the blog post, 505 Games Retention Manager Justin Reynolds says the Wii U version will feature “intuitive touchscreen controls to allow players easy access to the world of Terraria.” He also revealed Terraria will launch on June 24 in Europe, and June 28 in North America.

Terraria may have launched on most other consoles and smart devices previously, but the Wii U version still has plenty to offer to Terraria players, including:

Terraria first surfaced in May 2011 on PC, and broadened its availability to include console, mobile and handheld adaptations.