During Microsoft’s E3 2018 press conference, Ubisoft showed off gameplay for The Division 2 along with a new trailer for the game.

Graphically The Division 2 looks even more impressive than the original, taking players to more diverse locations, such as a lush jungle—a huge departure from the ruins of New York City. Overall environments seem dense and packed with content, blending together large open areas with smaller, action-heavy sequences that will likely help keep the game fresh and exciting for those invested in the long haul.

In terms of gameplay, the Division 2 seamlessly incorporates main story beats with side quests as players explore the expansive game world. The slick UI present in the original game looks to be refined even further for the Division 2, with things such as the map and the HUD lending itself to the futuristic dystopian feel of the game. 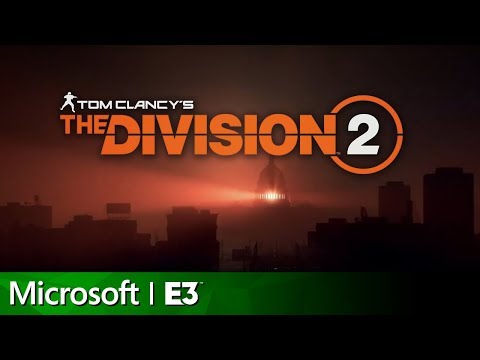 File Under: E3, The Division 2